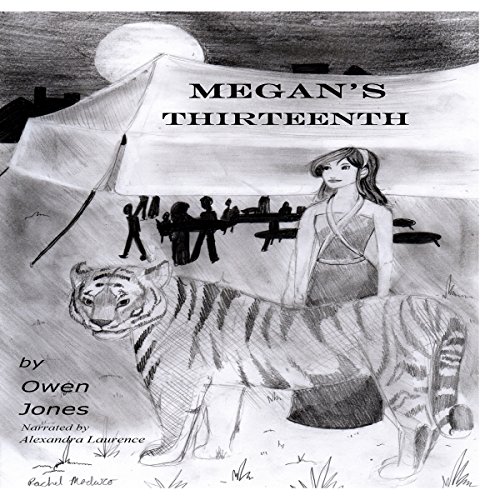 Megan's Thirteenth: A Spirit Guide, a Ghost Tiger, and One Scary Mother!

By: Owen Jones
Narrated by: Alexandra Laurence
Try for $0.00

Megan is a young girl with supernatural, psychic powers. Her problem is that she doesn't understand them or how to use them.

She tried asking her mother, but she only punished her. The only person willing to help was a Native American Sioux and now he's dead, not that that put Megan off.

Megan's parents take her shopping, where there is an incident, which Megan helps to right. She is thanked by the police and the ambulance staff.

It is the first time that she uses her powers for anything useful.

Later, in the afternoon, there is a family party in a marquee, but it is the evening with her friends that she is really looking forward to.

She meets a boy there and gets her first kiss from a non-relative.

What listeners say about Megan's Thirteenth: A Spirit Guide, a Ghost Tiger, and One Scary Mother!

The magical age of thirteen

Megan is growing up and learning new things about her abilities and boys. I really loved the storyline it gave me a chance to think about the conversation I will have with my daughter when the time comes. Alexandra Laurence again brought this story to life with her delightful voices and emotions. This book should be listen to with an adult because questions may arise.
I highly recommend this series because it is powerful and will give parents a chance to connect with their kids.

This is a simple and enjoyable story of a young girl finding herself. I liked that the Story was a short but detailed one. it was a perfect listen. Thanks!

Beside the spirit guide, I have not seen Megan done anything spectacular. Waiting to see, as I will read the next book in the series. Love the narrator.