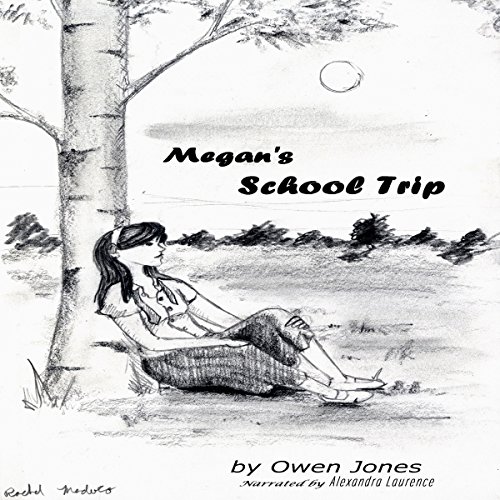 Megan's School Trip: A Spirit Guide, a Ghost Tiger, and One Scary Mother!

By: Owen Jones
Narrated by: Alexandra Laurence
Try for $0.00

Megan is a 13-year-old girl who realises that she has psychic powers that others do not have. At first she tried to talk to her mother about them, but with disastrous consequences, so she learned to keep quiet about them.

However, some people did offer to help, and an animal showed a special friendship, but they were not alive in the normal sense of the word. They had passed on.

Megan has three such friends: Wacinhinsha, her Spirit Guide, who was Sioux in his last life on Earth; her maternal grandfather, Gramps; and a huge Siberian tiger called Grrr.

Wacinhinsha is extremely knowledgeable in all things spiritual, psychic, and paranormal; her grandfather is a novice dead person; and Grrr can speak only Tiger, as one might imagine, and most of that, of course, is unintelligible to humans.

Megan's school goes on their annual trip, but first the headmaster has to decide where. There is a vote, and two places are chosen, one of which Megan really wants to visit! She uses her psychic powers to fully examine the location and get the most information from it.

What listeners say about Megan's School Trip: A Spirit Guide, a Ghost Tiger, and One Scary Mother!

This book is another of author Owen Jones books that are entertaining and very educational. Narrator Alexandra Laurence did a phenomenal job with bringing the characters to life and maje learning fun. I highly recommend this series of books. I received this book from Audiobooks Unleashed and this is my unbiased review.