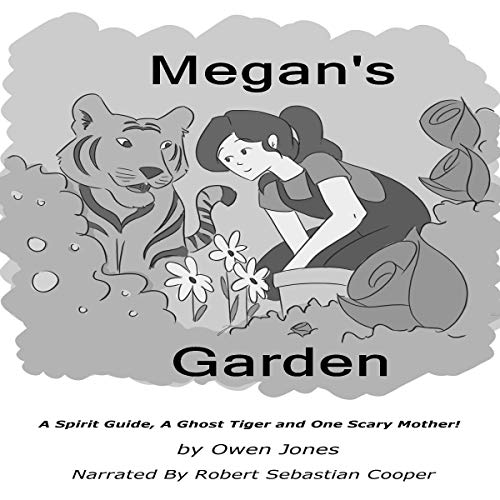 Megan's Garden: A Spirit Guide, a Ghost Tiger and One Scary Mother!

Megan is a 13-year-old teenage girl, who realizes that she has psychic powers that others do not have. At first, she tried to talk to her mother about them, but with disastrous consequences, so she learned to keep quiet about them.

Megan has three such friends: Wacinhinsha, her Spirit Guide, who had been Sioux in his last life on Earth; her maternal grandfather, Gramps, and a huge Siberian tiger called Grrr.

Wacinhinsha is extremely knowledgeable in all things spiritual, psychic and paranormal; her grandfather is a novice "dead person" and Grrr can only speak Tiger, as one might imagine and most of that, of course is unintelligible to humans.

In this book, Megan is inspired, by someone who has recently become a friend, to establish a garden in her backyard. She tackles the task with her usual enthusiasm and help from her parents, friends...and others.

What listeners say about Megan's Garden: A Spirit Guide, a Ghost Tiger and One Scary Mother!