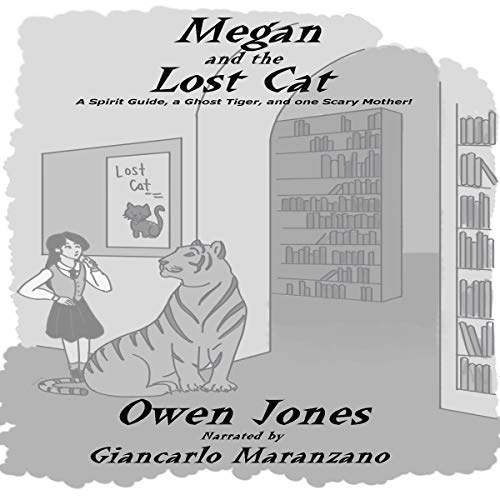 Megan and the Lost Cat: A Spirit Guide, a Ghost Tiger, and One Scary Mother!

By: Owen Jones
Narrated by: Giancarlo Maranzano
Free with a 30-day trial

Megan is a 13-year-old teenage girl, who realizes that she has psychic powers that others do not have. At first, she tried to talk to her mother about them, but with disastrous consequences, so she learned to keep quiet about them.

Megan has three such friends: Wacinhinsha, her Spirit Guide, who had been Sioux in his last life on Earth; her maternal grandfather, Gramps, and a huge Siberian tiger called Grrr.

Wacinhinsha is extremely knowledgeable in all things spiritual, psychic, and paranormal; her grandfather is a novice "dead person"; and Grrr can only speak Tiger, as one might imagine - and most of that, of course, is unintelligible to humans.

In this episode, Megan reads about a lost cat called Smokey. She feels very sorry for the cat and his owners. She fears that the cat has been injured, so she begins a weekend of searching.

A mysterious girl in the local woods gives her a strong clue as to where Smoke is so Megan investigates. When she reports back to the cat's owner, a Mrs. Williams, Megan gets a big surprise, which changes her life considerably.

What listeners say about Megan and the Lost Cat: A Spirit Guide, a Ghost Tiger, and One Scary Mother!

Megan is reaching new milestones with her given abilities and learned to speak her truth. I truly loved this storyline because it gave Megan the ability to be who she was meant to be. This book is powerful and intense I highly recommend it. I received this book from Audiobooks Unleashed and this is my honest review.