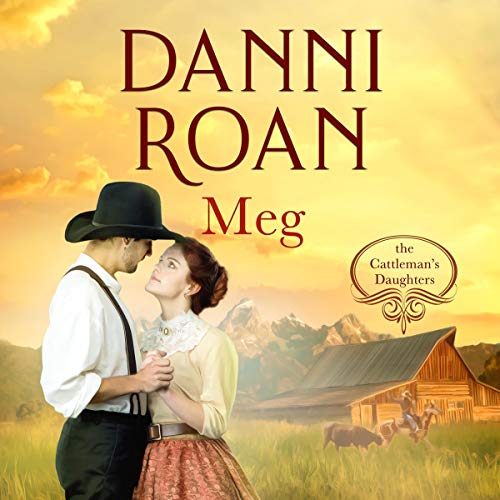 Things aren’t always as they appear.

Clayton Allen is a man with a secret, one he clings to making it possible to control his rage. After being cheated out of his ancestral Florida home, he strikes out on his own hoping to find a place to start over and thinks the Broken J might just give him a chance. But how long can he hold his mask of teasing dandy in place before everyone knows him for who he truly is?

Muiread (Meg) James, romantic and dreamy longs for the excitement of the big city. Her head is so full of thoughts of tall, dark, and handsome heroes, that when confronted with the real thing her pride threatens to destroy them both. Her fiery temper and Penny Dreadful dreams of chivalry will toss her straight into a situation that might not only be her undoing but may demolish the trust of the Broken J.

Will two people determined to best the other finally hear the call of a wandering heart and be joined together or be shattered by the impact of wills?

What listeners say about Meg

A book worth listening to

I enjoyed this story. Meg decided that she didn't like Clay and she wasn't going to give him a chance to prove her wrong. Clay didn't like her treating him as if he wasn't good enough. Can they make things work?
I'm going to listen to the other books in this series