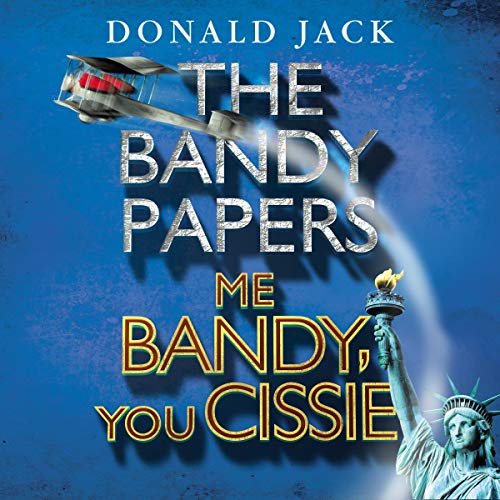 Me Bandy, You Cissie: Volume IV of The Bandy Papers

Me Bandy, You Cissie: Volume IV of The Bandy Papers

Peace has broken out, and World War I flying ace and all-round chancer Bartholomew Bandy isn’t exactly making a success of being a commercial pilot in the USA.

But when a job lot of aircraft bits purchased with the last of his pay turns out to be a complete Vickers Vimy bomber, he feels his luck has changed.

With the help of his very tall, very sweet girlfriend Cissie, and the hindrance of his very short, very bad, and beautiful girlfriend Dasha, Bart smashes (literally) straight into the exciting new world of the movies. Not an ideal career for someone whose face, as he says himself, resembles that of a Tibetan yak, but then absolutely nothing about Bart is ideal.

With the blackest of black comedy and seat-of-the pants escapades, Donald Jack’s series about a young pilot is uniquely funny and compelling.

“Jack does more than play it for laughs.... The mingling of humor and horror is like a clown tap-dancing on a coffin, but Jack is skillful enough to get away with it.” (Time Magazine)