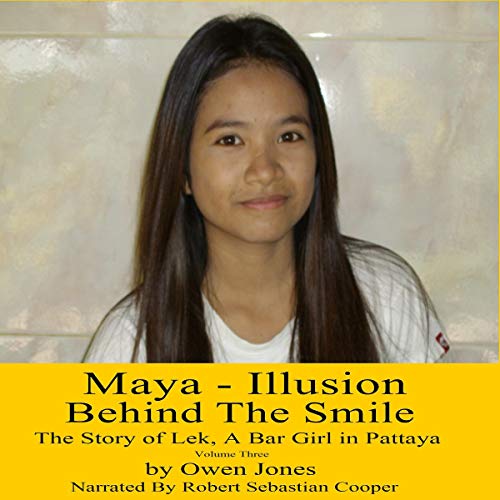 Lek was born the eldest child of four in a typical rice farming family. She did not expect to do anything any different from the other girls in her class in the northern rice belt of Thailand.

Typically that would be: Work in the fields for a few years; have a few babies; give them to mum to take care of and get back to work until her kids had their own children and it would be her turn to stop working to take care of them.

One day, a catastrophe occurred out of the blue – her father died young and with huge debts that the family knew nothing about. Lek was 20 and she was the only one who could prevent foreclosure. However, the only way she knew was to go to work in her cousin’s bar in Pattaya.

She went as a waitress-cum-cashier, but when she realized that she was pregnant by her worthless, estranged husband, things had to change. She had the baby, gave it to her mother to look after, and went back to work.

However, now she needed real money to provide a better life for her child and to make up for spending its whole youth 500 miles away. She drifted into the tourist sex industry.

Book three picks up the story of Lek's life six or seven years further on. At 40-ish, it is time to take stock of her life. She looks back on her life and wonders whether it was all worth it.

Should she feel bitter about what has happened to her or should she move on and try to forget her past?

Should she just try to erase it, whitewash it out like so many women did, or should she feel proud of what she has accomplished?

Lek is plagued by mixed emotions and tries to seek an explanation that she can live with for the rest of her life.

What listeners say about Maya - Illusion

I'm enjoying the story, and the narration on the first two books was pretty good. The narration on this book, however, is amazingly bad. Think Monty Python doing bad Asian women impressions. It is full of splices and edits with mismatching voices. I can't believe they would release an audio book in this condition.

First i want to say that i love this author. Hes writing a wonderful story. But the narrator is one of the worst ive ever listened to!! Who wants to sit and listen to %$*% Peppa the pig for so many hours? The way he make Leks voice make this narration unbearable. Its a shame that a story this good gets dragged down by a so horrible narration

A nice 3rd instalment but Lek's voice is jarring

Ok, so I really enjoyed the first two books and I am reluctant to post a negative review. But unfortunately the narration of the women's voices (especially Lek's), in this one is so jarring as to take away from the story. I have put up with it to get through the book, but I would strongly recommend listening to the sample to see if you would be able to...I would actually buy the book again and re-listen if it could be done with better narration of the women's dialogue...