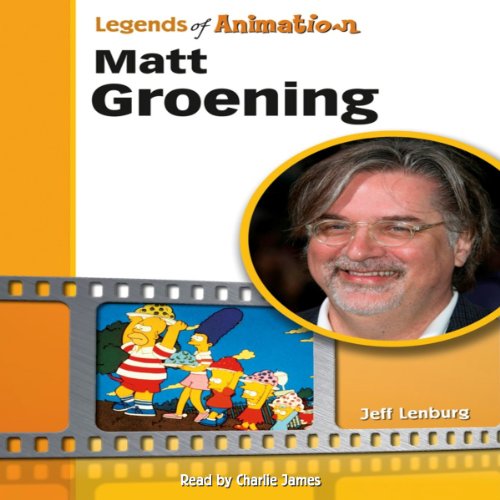 Matt Groening: From Spitballs to Springfield (Legends of Animation)

By: Jeff Lenburg
Narrated by: Charlie James
Try for $0.00

Matt Groening is a cartoonist, animator, and producer best known for creating The Simpsons, television's longest-running primetime animated series. Although it debuted as a series of cartoon shorts for another television show in 1987, The Simpsons launched on its own in 1989, making the dysfunctional family of Homer, Marge, Bart, Lisa, and Maggie famous almost overnight. At the time, Groening was already a successful cartoonist, whose Life in Hell comic strip appeared in underground newspapers and book collections. The Simpsons became a cultural phenomenon, and Groening's characters soon appeared in a wide range of products and venues.

Groening went on to create the animated science-fiction series Futurama, launched a Simpsons-based publishing company called Bongo Comics, and produced The Simpsons Movie. Matt Groening: From Spitballs to Springfield describes the life and career of one of animation's most successful artists, known for his unique drawing style and quirky sense of humor.

Check out all of the titles in the Legends of Animation series.

What listeners say about Matt Groening: From Spitballs to Springfield (Legends of Animation)