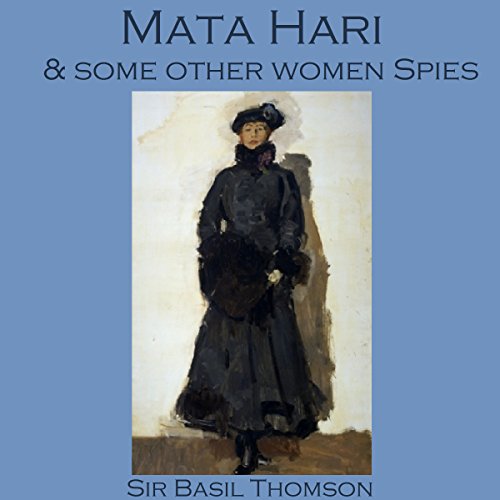 Mata Hari and Some Other Women Spies

By: Sir Basil Thomson
Narrated by: Cathy Dobson
Try for $0.00

Margaretha Geertruida Zelle (1876 – 1917), better known by the stage name Mata Hari, was a Dutch exotic dancer who was convicted of being a spy and executed by firing squad in France during the first World War.

This is his first hand account of that meeting. He also recounts the interrogation of other female foreign spies during his period in office.

What listeners say about Mata Hari and Some Other Women Spies

not much info here

basically the reading of a Wikipedia page. certainly not a book on tape. author discusses Mata hari briefly and one other spy...

Slim content delivered with an annoying accent, all in all, a waste of time. Even 20 minutes was too long for this.