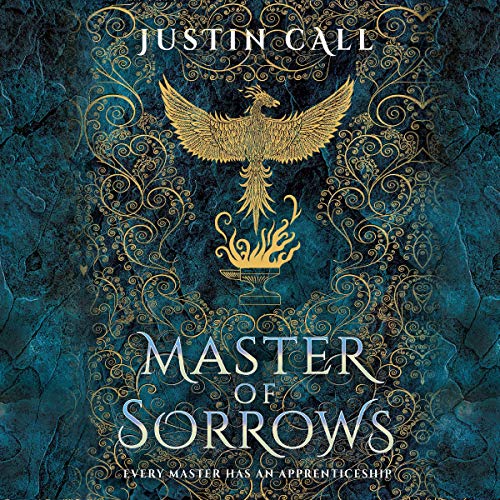 By: Justin Call
Narrated by: Peter Kenny
Try for $0.00

You have heard the story before - of a young boy, orphaned through tragic circumstances, raised by a wise old man, who comes to a fuller knowledge of his magic and uses it to fight the great evil that threatens his world.

But what if the boy hero and the malevolent, threatening taint were one and the same?

What if the boy slowly came to realise he was the reincarnation of an evil god? Would he save the world...or destroy it?

Among the Academy's warrior-thieves, Annev de Breth is an outlier. Unlike his classmates who were stolen as infants from the capital city, Annev was born in the small village of Chaenbalu, was believed to be executed and then unknowingly raised by his parents' killers.

Seventeen years later, Annev struggles with the burdens of a forbidden magic, a forgotten heritage and a secret deformity. When he is subsequently caught between the warring ideologies of his priestly mentor and the Academy's masters, he must choose between forfeiting his promising future at the Academy and betraying his closest friends. Each decision leads to a deeper dilemma, until Annev finds himself pressed into a quest he does not wish to fulfil.

Will he finally embrace the doctrine of his tutors, murder a stranger and abandon his mentor? Or will he accept the more difficult truth of who he is...and the darker truth of what he may become....

What listeners say about Master of Sorrows

Master of Sorrows is a fantastic book that you wouldn’t regret if you listened. Why? The reason I say this is because when you read it your mind will always be on alert. It’s like your mind always with Annev, the soul of this book. When Annev feels happy you would fell happy. If he feels sorrowful, you would feel sorrowful. Let me say this again, Master of Sorrows really is a great book! LOVE, LOVE, LOVE for Master of Sorrows. Now I am so looking forward for the second book in this series to come out.

It took me about 10 chapters to get into this book, but once I was over that hurdle I absolutely loved it.

Very interesting, captivating and extremely well read by Peter Kenny (in fact the main reason I gave this book a go is because Peter Kenny was narrating).

Can't wait for the next installment.

Superb story very sad to have completed it. I hope there is more to come. JTC, award of the audio bookmark to you sir. Mr Kenny, brilliant as always. Great fun to listen to, highly enjoyable story. Thanks chaps.

This story really drew me in. The characters are well developed and I felt I knew them well enough.

Peter Kenny have a very good performance as usual.

I'm looking forward to more in this series.

A unique coming of age

The author was not afraid to challenge traditional arcs, and whilst dark at times, it was still hopeful and enrapturing. I look forward to the next one.

Enjoyed the tale, looking forward to the next book. Excellent narration by Peter Kenny, as always. After just finishing the Witcher series I was worried about hearing Geralt or Ceri's 'voices' but Peter is too skilled to let that happen.

Really good book and amazing reading from Peter kenny! Love that it's so long and different to any magical book I've read, which is a good thing!

A bit slow to start but it's worth it. Peter Kenny is amazing, as always!

This was a good book , the content starts out pretty slow but as you get further in the content gets better and more exciting.
Peter Kenny reads amazing as always bringing life to the book
I personally enjoyed it

Not bad for a first work. I definitely feel it has a lot of potential. If he can smooth out some of the pacing issues and maybe avoid a few more cliches he could have quite a good series on his hands. Peter Kenny is always great with his narration, however for some reason it didn't seem quite as good as usual here.