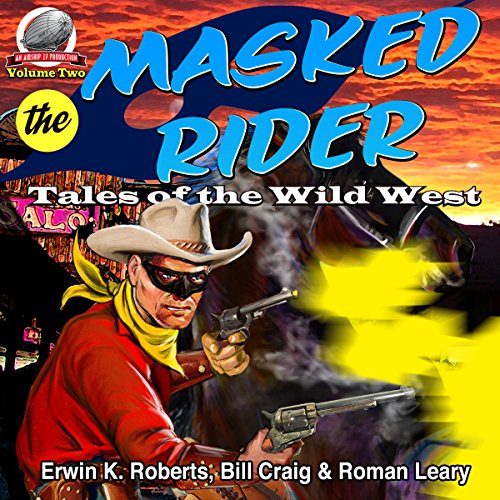 After the bloody American Civil War ended, the rugged landscape that was the frontier West was soon flooded with all manner of immigrants - cowboys, pioneer settlers, and all manner of outlaws. In their path were the various Indian tribes desperate to save their way of life. Soon the mountains, plains, and valleys echoed with the sounds of gunfire, and blood flowed like rivers in these lawless territories.

Then a masked man appeared on the scene, his twin Colts barking out justice. He and his Yaqui partner, Blue Hawk, rode these endless trails enforcing law and order wherever they went. He was known as the Masked Rider, and now he returns in three brand-new gun-blazing adventures by writers Erwin K. Roberts, Bill Craig, and Roman Leary.

It's time to saddle up, pulp listeners, for classic Western action as only the Masked Rider can deliver.

What listeners say about Masked Rider: Tales of the Wild West, Volume 2