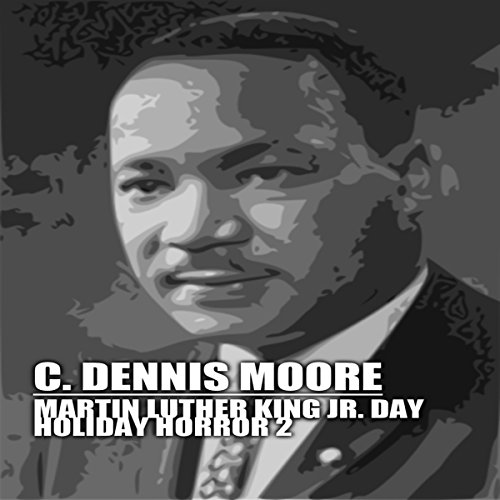 For nearly three decades, one man has used his twisted sense of justice to rid the world of racism and hatred by very simple means: he finds and kills racists. But on his very first outing, one victim escaped his bullet. Now, 30 years later, that job left unfinished could very well be his undoing. On a day meant to inspire unity and civil service, one man is about to face all the hatred his years of "work" have bred, and the task just might be more than one man can handle on his own, especially against such a formidable and unbeatable foe. Horror author C. Dennis Moore offers this unique look at a holiday not normally known for its horror connections. Set in the same world as his story "New Year's Day", "Martin Luther King, Jr. Day" expands the universe of that story and follows one of the disciples from Tom Hooper's past. Offering unexpected twists and a truly frightening situation, this story guarantees you'll never look at this holiday the same again.