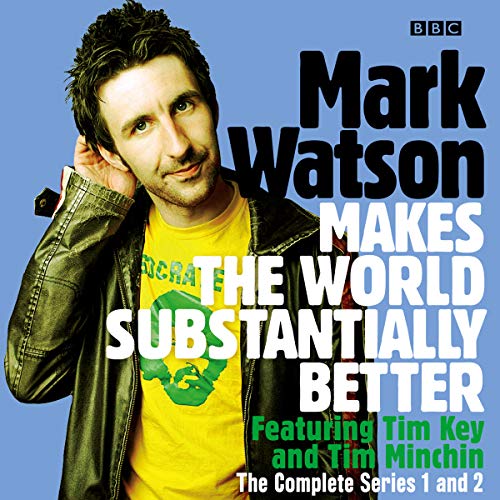 As a starting point in making the world a better place, Mark will free you from sin. It's a big task, but he thinks it's going to go really well.

Mark Watson is not only a fantastic stand-up comedian, but he may also be the best chance we have to overcome sin. He's got a plan to teach us everything we need to know about the Six Deadly Sins (he knows it's usually seven, but he's doing Greed and Gluttony together as a special offer). In the second series, Mark turns his attention to the Six Virtues, guiding us through Courage, Patience, Generosity, Honesty, Diligence, and Humility.

Mark Watson Makes the World Substantially Better is a mixture of stand-up, sketches and songs. There'll be life-changing advice, too, and even if this turns out to be bad advice, it'll still have good jokes in it. Over the course of these series the world should become a substantially better place, making this above all a public-spirited gesture.

"A fiercely intelligent, articulate comic whose mixture of brilliant observational comedy and, as he puts it, 'thought', is unmatched." (The Stage)

"A blissfully madcap journey." (The Times)

What a great comedian, had me in stitches all the way through and the Tim's add even more comedy

12 years old and still remarkably modern and relevant (and funny). enjoyed this book. careful listening on the train you may laugh a lot and look weird.