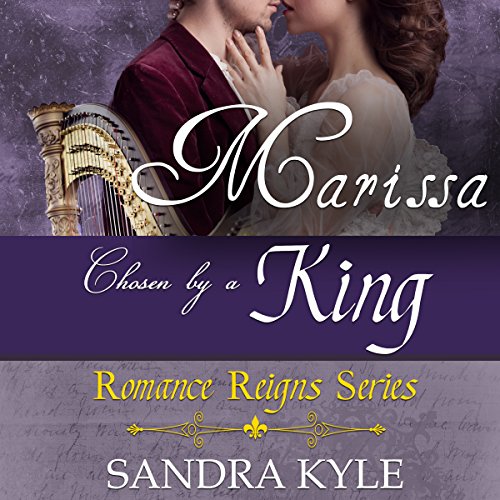 By: Sandra Kyle
Narrated by: Virginia Ferguson
Try for $0.00

Marissa, a theater musician, desired an escape from her impoverished existence in 17th century France. After watching Marissa perform, King Louis XIV snatched her from the stage only to cast her in his royal court. Marissa plots a betrothal to a marquis to cement her place among nobility. Her plans are interrupted by Michael, a noble and gallant musketeer. When Michael meets Marissa, his service to the crown is challenged by a passion that overshadows duty. Surrounded by intrigue and clouded by doubt, can Marissa unravel the mystery of her own heart before it's too late?

What listeners say about Marissa: Chosen by a King

I really loved this story. I loved how she wrote this fictional story right into the accurate history of King Louis reign and His Musketeers. We even meet Dartanan, and encounter Louis twin Phillip. The strong desire between the main characters is expressed in the narrators voice.