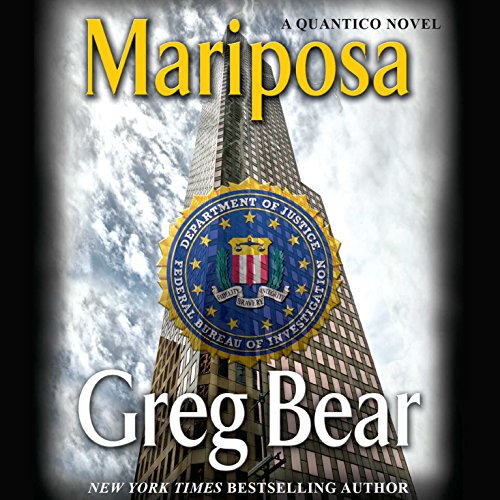 By: Greg Bear
Narrated by: Charles Leggett
Try for $0.00

In an America driven to near bankruptcy with crushing foreign debt, the Talos Corporation stands out as a major success story - training soldiers and security forces from around the world and providing logistics and troops for nearly all branches of the United States government. But Talos has another plan in mind - the destruction of the federal system and constitutional law.

Three FBI agents are all that stands between Talos's CEO Axel Price and the subversion of our nation. Nathan Trace, one of a team of four who created and programmed the thinking machines that are about to help Axel Price in his plans for domination, is the unlikely hero who, with Rebecca Rose, must stop the plan at all costs.

"Under less capable hands, the extraordinarily complicated plot, numbers of characters and the constant explanations of future technologies might lead to terminal turgidity, but SF veteran Bear keeps everything whizzing right along to the slam-bang conclusion." ( Publishers Weekly)

What listeners say about Mariposa

Evil and political intrigue in Texas

Much of Greg Bear's novel takes place in Texas and that is one of the things that I really liked about Mariposa. Mr. Bear's story hits a little bit too close to home because it feels so real.