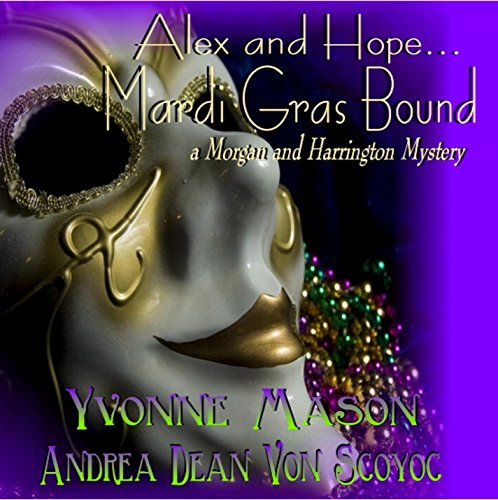 What happens when you put two of the most irreverent women (one a bounty hunter and the other a case of mistaken identity) together for a rip-roaring, hilariously wild adventure?

This time around, join bounty hunter Alex Morgan and her new friend, former mistaken suspect jumper Hope Harrington, as they head to New Orleans during Mardi Gras for the bounty of a lifetime: a descendant of the legendary Marie Laveau!

Strap yourselves in tight for the ride of your wildest imagination through dark swamps with alligators and snakes, while meeting some of the most colorful characters imaginable!

There are two female main characters and the pov switches infrequently between the two. the fact that the narrator does not have consistently different voices for them makes it very difficult to follow the story. Also, i believed this to be a mystery story but it isnt. there's a little humor but not much else.