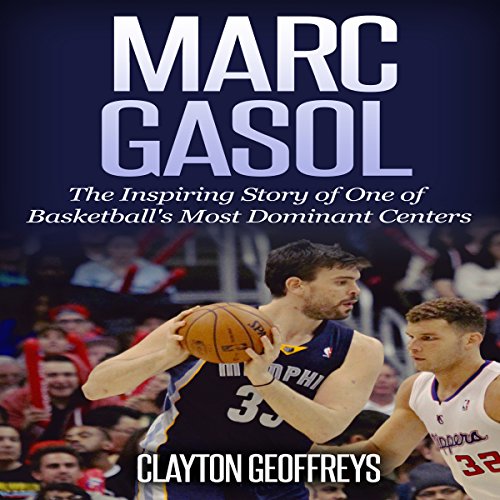 Marc Gasol: The Inspiring Story of One of Basketball's Most Dominant Centers

By: Clayton Geoffreys
Narrated by: Joseph Tabler
Try for $0.00

Listen on your PC, Mac, smartphone, tablet or Kindle device!

In Marc Gasol: The Inspiring Story of One of Basketball's Most Dominant Centers, you will learn the inspirational story of one of basketball's premier centers. Since entering the NBA, Marc Gasol has created a name for himself as one of the best international basketball players to play in the NBA at the center position.

As one of the leaders of the Memphis Grizzlies, Gasol has demonstrated a great deal of versatility at both the offensive and defensive ends of the game. It's no surprise why he won the Defensive Player of the Year Award in the 2012-13 season. In this book, we'll explore how Marc ended up in the NBA, as well as the impact he has left behind on the game.

What listeners say about Marc Gasol: The Inspiring Story of One of Basketball's Most Dominant Centers