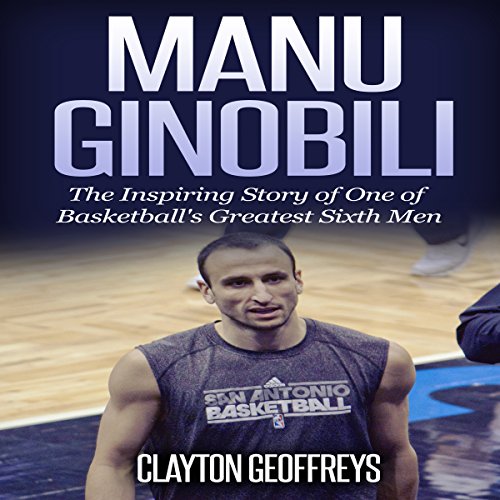 By: Clayton Geoffreys
Narrated by: Domingo D. Montez
Try for $0.00

In Manu Ginobili: The Inspiring Story of One of Basketball's Greatest Sixth Men, you will learn the inspirational story of one of basketball's premier players off the bench, Manu Ginobili. Since joining the NBA as the 57th overall pick in the 1999 NBA Draft, Manu Ginobili has cemented his legacy as one of the most impressive sixth men to ever play the game. A four-time NBA champion, Manu's role in the core of the San Antonio dynasty is indisputable as he played alongside Tim Duncan and Tony Parker in their championship runs in the early 2000s and more recently in 2014.

When Manu decides to retire from professional basketball, he will retire one of the most beloved sixth men to play the game. In this audiobook, we'll explore Manu's journey into the NBA, his greatest moments, and what makes him one of the greatest role players to ever play the game.

What listeners say about Manu Ginobili

he is a monster great player. good history.
a little to many stats in the book.