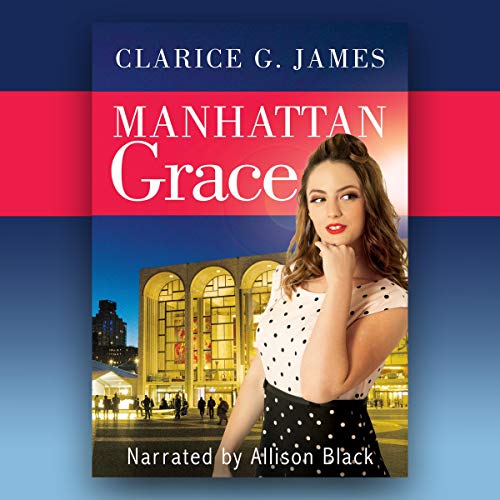 By: Clarice G. James
Narrated by: Allison Black
Try for $0.00

When a door opens for Gracie Camden to leave Cape Cod and move to Manhattan as a nanny for a Juilliard drama instructor, she fully expects God to use the acting talent he’s given her to launch her to stardom. It’s been six months. What’s taking him so long?

Seymour Kaufman relocates from Postville, Iowa, to New York City due to a shortage of mohels (circumcisers) serving the tri-state Messianic congregations. Secretly, he hopes to explore a relationship with Metropolitan Opera star and fellow Moldovan Polina Zelenka. Seymour is conflicted when he meets her amusing, down-to-earth, and less complicated widowed cousin.

Meanwhile, fresh from Palm Beach, the Chief plans to cap off his short yet lucrative career as an international jewel thief with a multi-million-dollar heist during the Met’s gala in Polina's honor. His usual modus operandi is to work alone - but this time is different.

While Gracie whines and wonders why God doesn’t bless her plans, Seymour celebrates every closed door by believing God will open a better one. Through wisdom from Seymour, nudging from her grandmother, salesmanship from a seven-year-old, and the love and support of her best friend, Gracie learns it’s not about making it big in the Big Apple; it’s about living God’s perfect plan for your life.

What listeners say about Manhattan Grace

Funny, mystery, and a little romance

The story is engaging and fun. The humor and personalities pull the listener along. I didn’t want to stop listening! Loved it

A story with a lot of heart

This is not only a tale of working hard to make it in a big city into career, but also a story with heart about caring about each other along the way. There are fun and funny moments, and a jewel heist subplot with plenty of surprises. Grace is an endearing character and as a fan of Clarice James I enjoyed the prequel of Grace’s earlier years in Party of One on Kindle.