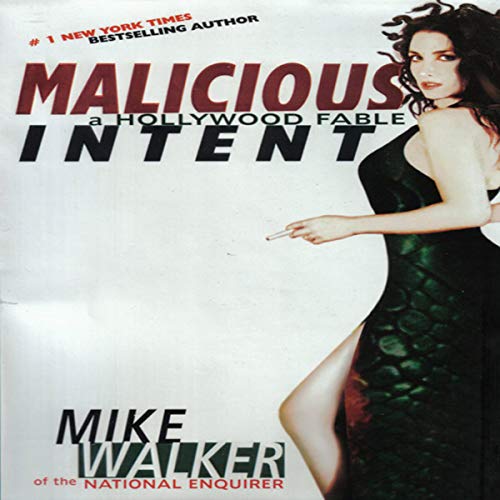 "There is only one 'Guru of Gossip', and that's Mike Walker. He's the dean of celebrity news and a first-rate TV personality." (Geraldo Rivera)

"I always assume Mike Walker has scooped anything I write. He surprises everybody by arriving without horns and a tail. He's amazingly rational, down-to-earth, intelligent, and 'with-it'." (Liz Smith)

"Mike Walker is the Hemingway of gossip." (Howard Stern)

Mike Walker is an industry. And he's booming. He is, as Jeffrey Toobin of The New Yorker says, a "larger-than-life figure". For the last 35 years, Walker has been giving the public what it wants. As the famed gossip writer for the National Enquirer, the newspaper with the largest circulation in the United States, Walker dishes celebrity news in his column "Behind the Screens", reaching 17 million Americans each week. He's also a New York Times best-selling author, having penned his way to the top of the list with Nicole Brown Simpson: Private Diary of a Life Interrupted and Private Diary of an O.J. Juror. He's featured every Friday on The Howard Stern Show, and was a regular guest on television shows like Geraldo, Nightline, and Larry King Live, to name a few.

Malicious Intent is Mike Walker's debut novel, a rip-snorting foray into the badlands of Hollywood celebrity, a story about big-time players following their "No Guts, No Glory!" regimen. Charmain Burns is a star with a capital S, a fire-breathing bombshell who doesn't take no for an answer, and always goes to extremes to get her way. Her antics are what legends are made of.

Her national notoriety as Miss Hula Girl lands Charmain a shot in Hollywood. Her big break comes when she's offered a chance to read for the mega-producer Larry Buckley, who needs a hot new face for his waning TV series, BevHills High. Buckley decides that she is the ticket BevHills High needs. Charmain Burns is "The Girl You Love to Hate". Suddenly, the show is number-one, and Charmain Burns is a household name, the bad girl of television. Yet only one thing will make her truly happy, and that's landing the lead in the sure-to-be-a-blockbuster film Medusa, a role every A-list star wants. The story is about an actress who would literally kill for a part - it's a role that Charmain knows all too well.

With stardom comes media madness. And the media thrives off of stars like Charmain, who have a penchant for trouble. When the National Revealer prints unfavorable photos of Charmain, she relays a message to Steve Bellini, one of the newspapers celebrity-gossip editors, but her scare tactics quickly turn to murder, and Charmain's world begins to unravel.

Always suspicious, Cameron Tull, the National Revealer's senior gossip columnist, is on the case, shooting for the story every writer dreams about. While Charmain furiously tries to erase her ties to the accident, Tull is furiously digging into her past. And he finds evidence that not only links Charmain to Bellini's murder, but uncovers her lethal history. The climax is a harrowing, out-of-control roller-coaster ride, one that is sure to keep listeners on the edge of their seats.

Packed with rich characters, strong female personalities, real-life stars such as Madonna, Joan Rivers, Sharon Stone, Hugh Grant, and Johnnie Cochran, plus anecdotes only a gossip columnist like Mike Walker could know, Malicious Intent is the book all Hollywood will be gossiping about. And when Hollywood gossips, the world listens.

What listeners say about Malicious Intent