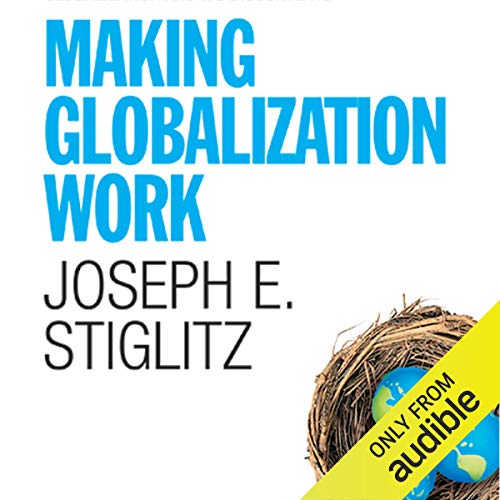 Four years after he outlined the challenges our increasingly interdependent world was facing in Globalization and Its Discontents, Joseph E. Stiglitz offered his agenda for reform. Now in audiobook, Making Globalization Work offers inventive solutions to a host of problems, including the indebtedness of developing countries, international fiscal instability, and worldwide pollution. Stiglitz also argues for the reform of global financial institutions, trade agreements, and intellectual property laws, to make them better able to respond to the growing disparity between the richest and poorest countries. Now more than ever before, globalization has gathered the peoples of the world into one community, bringing with it a need to think and act globally. This trenchant, intellectually powerful book is an invaluable step in that process.

"A damning denunciation of things as they are, and a platform for how we can do better." (Andrew Leonard, Salon)