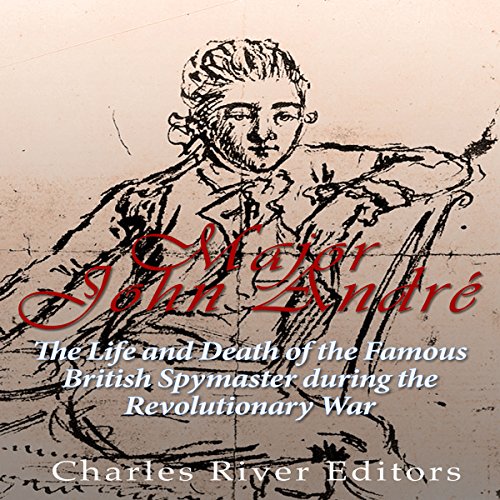 Spying and treachery are as much a part of warfare as weapons and death. This has always been the case since the earliest battles and is not likely to change in the future. And yet, even within this irregular system, there are certain rules, especially in past eras such as the American Revolution. First, while spying on behalf of one's country is perfectly respectable, betraying one's nation is treason. Second, honorable men do not involve those too innocent to understand the consequences of their actions in their schemes. Third, no man wearing his own uniform can be considered a spy, for his garments make it clear who he is and preclude deception. All three of these rules played into the story of the machinations and death of Major John André. No one who knew André personally would ever have dreamed he would one day hang. He was raised by devoutly religious parents and was a loyal Englishman and solid officer in his Majesty's army. He had, it was rumored, an unfortunate romantic liaison that ended with a cancelled engagement, and during the early days of the American Revolutionary War, he had served his king in Canada before being captured and held as a prisoner of war. Once he was returned to his command, he was promoted in recognition of his strength of character under duress. His reputation was so sterling, in fact, that he was given a very sensitive role, that of gathering intelligence for the British Army as they tried to put down the rebellious American colonies.

This decision to hang an outstanding British Officer, who was duped by Benedict Arnold, surely did not add any glamor to Washington's personality, as he could be heartless at times.
A good short story about MajorJohn Andre, an unsung hero to both sides in the Revolutionary War.

This was essentially a review of the interactions between Benedict Arnold and Major John Andre and it was read well. But I was expecting more meat to get a real good sense of the life of John Andre and that's not what it was. I feel like there was too much poetry for the chapter intros and not enough story.