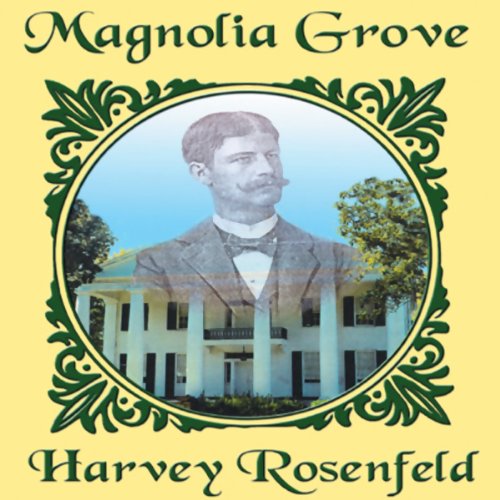 By: Dr. Harvey Rosenfeld
Narrated by: Patrick Cullen
Try for $0.00

Magnolia Grove: The Story of Rear Admiral Richmond Pearson Hobson concerns a charismatic American whose colorful life at the beginning of the 20th century reflected the rapidly changing politics and romance of his time.

In 1898, when the Spanish American War was not going well for the US, Hobson survived a "suicide mission", sinking the Merrimac in an ironically failed attempt to block Santiago Harbor in Cuba, and was instantly hailed as a hero. But unlike a stereotypical hero, he proved to be a complicated man, with controversial political beliefs. He attracted as much criticism as praise.

In part, this was because he was a Southerner involved with highly controversial issues, such as civil rights, women's suffrage, and prohibition. His personal life was filled with romance and disillusionment. To many, he was a naive political genius - an American Nostradamus, predicting political changes well before they became reality. To others, he was an egoist who stepped on more than a few toes (including two President Roosevelts') to push his causes and his own political career.

Richmond Pearson Hobson was highly honored, yet he is unknown to the majority of Americans.

"History is filled with the stories of prominent individuals who were lauded in their day, only to drop off the radar screen when they died. Such was the fate of Alabamian Hobson, who was one of THE heroes of the Spanish-American War, a 'Progressive' congressman, and a man of ideas that were years ahead of their time....This complicated and often contradictory man is given some of his due in this biography." (AudioFile)

What listeners say about Magnolia Grove

The narrator in this book practically puts you to sleep. I couldn't even get through the first three chapters and I tried several times.