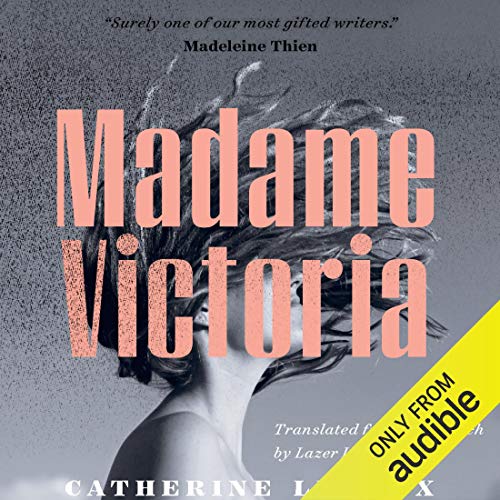 In 2001, a woman’s skeleton was found in the woods overlooking Montreal’s Royal Victoria Hospital. Despite an audit of the hospital’s patient records, a forensic reconstruction of the woman’s face, missing-person appeals, and DNA tests that revealed not only where she had lived but how she ate, the woman was never identified. Assigned the name Madame Victoria, her remains were placed in a box in an evidence room and eventually forgotten.

But not by Catherine Leroux, who constructs in her form-bending Madame Victoria 12 different histories for the unknown woman. Like musical variations repeating a theme, each Victoria meets her end only after Leroux resurrects her, replacing the anonymous circumstances of her death with a vivid reimagining of her possible lives. And in doing so, Madame Victoria becomes much more than the story of one unknown and unnamed woman: it becomes a celebration of the lives and legacies of unknown women everywhere.

By turns elegiac, playful, poignant, and tragic, Madame Victoria is an unforgettable book about the complexities of individual lives and the familiar ways in which they overlap.