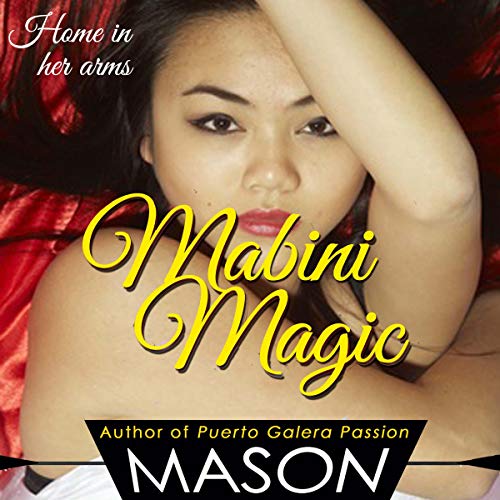 By: Mason
Narrated by: Abby Printz of Books.audio
Try for $0.00

His first time in The Philippines, he arrives home in her arms.

For as long as he can remember, Jeff longs for Asia and Asian women. Now, in the Mabini district of Manila, he discovers reality exceeds anticipation. The beautiful young bar Filipino girl Analyn satisfies his deepest lusts and the strongest yearnings of his heart with Asian sex. In her love and her body, his soul recognizes the heaven he seeks.

Can someone live in exile in the land of their birth? Jeff often wondered as a kid. As an American, he doesn't want to reign as a prince or king, but grew up feeling odd, out of place.

Not a geek, but a clumsy romantic.

The girls he develops crushes on all have black hair and dark skin. Gradually, from pictures and movies, he discovers his home seems to be the continent of Asia. He yearns for kung-fu, yoga, meditation, and economic miracles.

He narrows the focus of his interest in Asian sex stories down to Southeast Asia, and then to Philippines sex.

He flies to Manila, and takes a hotel room in the Mabini-Ermita district of the huge city. The area of money changers by day and bars by night known locally just as "Mabini".

Where every bar hosts a bevy of beautiful young girls dressed in skimpy outfits. They take turns dancing to music and entertaining customers with their conversation and by playing games.

Jeff cannot handle Paradise right away, however. That first night he drinks too many San Miguel beers. He barely realizes Analyn expects to go with him back to his hotel. He barely makes it to bed. And he barely sees Analyn riffle through his wallet.

The next day he discovers Rosie's Diner, where nearly every breakfast customer nurses a hangover.

Analyn soon teaches him the Tagalog word a Filipino woman says when her man makes her happy in bed.

And the bar slang, "butterfly". She refuses to tolerate her man flitting from flower to flower, girl to girl.

Therefore, get this audiobook today!

Because you want to share the white heat lust of the most exciting sex district of Manila.

What listeners say about Mabini Magic