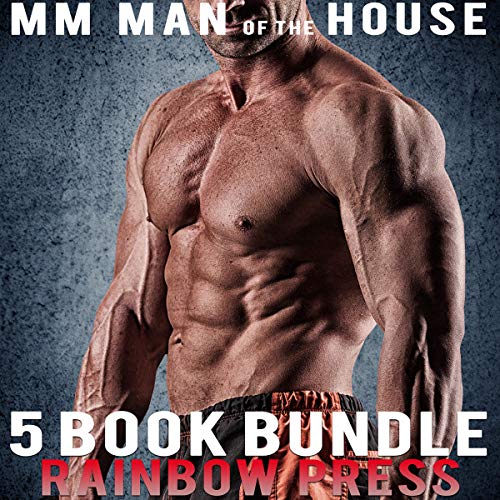 Five MM Gay Man of the House books, all under one roof!

The memories of the man who raised him as his own have been haunting him. It's time to confront the tension that has plagued their relationship ever since that one day years ago.

Coaching the Brat: Matthew is all grown up, but he’s not out of the house yet.

His appetites have matured, but Matt is still a bit of a brat. A brat who needs some discipline. Who better to fill that hole than his baseball coach - who has recently also become the man who is raising him.

Wrestling the Brat: The two younger men of the house have been left home alone for the weekend.

A little domestic discipline turns into Marcus being able to find some action after all.

Camping with the Brat: Male bonding rituals have never been so intimate.

Drew isn’t into camping, but some male bonding with my new Man of the House is being pressed on him.

Rooming with the Brat: The young man he grew up with has grown into one handsome hunk of a stud.

College did nothing but good for Luke. He’s ripped, he’s confident, and he has an insatiable appetite, something Andrew is about to become familiar with as the two are forced to share a room just like when they grew up together.

What listeners say about MM Man of the House: 5 Book Bundle