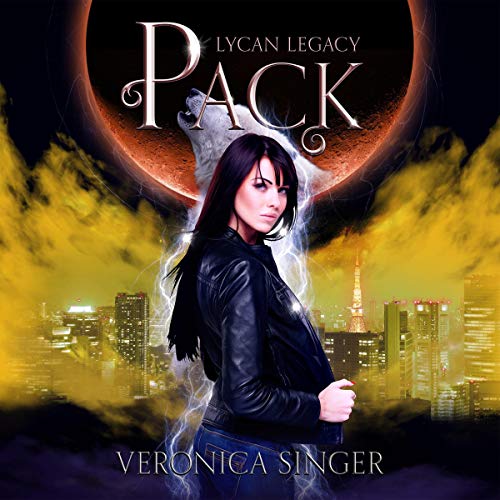 By: Veronica Singer
Narrated by: Sandra Burke
Try for $0.00

Luna White has a secret, a secret that could kill her.

No, not that she’s a werewolf. Anyone with a nose can tell that. Luna is also a magician.

Magicians represent everything werewolves hate. Werewolves rise and fall in their pack through fighting ability. Instead of battling with fang and claw, sneaky magicians use foul spells and charms. The mere scent of magic sends most werewolves into fits of rage.

Luna White keeps her secret. If other werewolves find out the truth about her abilities, they will tear her limb from limb.

Now, Luna has been captured and sent to a US government black site above the Arctic Circle, a site designed to weaken and imprison werewolves. She is trapped in a prison stocked with a dozen lone wolves, labeled as a terrorist, and becomes the subject of experiments.

The government’s net has been cast wide. As well as capturing werewolves, they have also captured family members. Along with her father, the werewolf Thomas, 10-year-old Selene has also been captured. Selene and Luna become friends, despite her father’s disdain for female werewolves who want to become alphas.

But prison is no place to raise a child. Luna plans to escape, taking the rest of the prisoners with her.

When the perfect trap for werewolves is built and populated with a dozen werewolves, adding one more werewolf, even a female werewolf, to the mix should present no problem, right?

Luna White has a secret; she’s not just a werewolf.