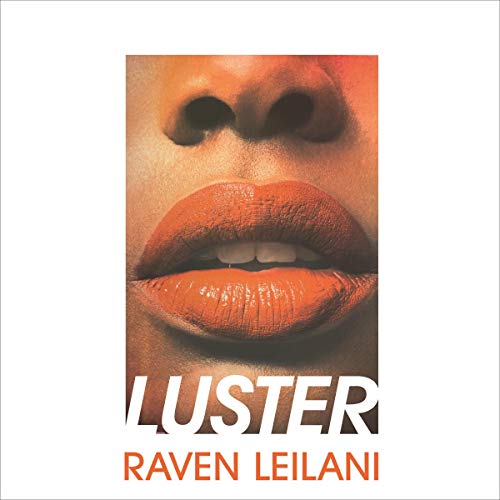 By: Raven Leilani
Narrated by: Ariel Blake
Try for $0.00

Winner of the Dylan Thomas Prize 2021

Shortlisted for the British Book Awards Fiction Debut of the Year

Longlisted for the Women's Prize for Fiction 2021

Edie is just trying to survive. She’s messing up in her dead-end admin job in her all-white office, is sleeping with all the wrong men and has failed at the only thing that meant anything to her, painting. No one seems to care that she doesn’t really know what she’s doing with her life beyond looking for her next hook-up. And then she meets Eric, a white, middle-aged archivist with a suburban family, including a wife who has sort-of-agreed to an open marriage and an adopted black daughter who doesn’t have a single person in her life who can show her how to do her hair. As if navigating the constantly shifting landscape of sexual and racial politics as a young Black woman wasn’t already hard enough, with nowhere else left to go, Edie finds herself falling head-first into Eric’s home and family.

One of Barack Obama’s Favourite Books of 2020

"Ridiculously good.... I will follow this author anywhere she wants to take me." (Carmen Maria Machado, author of Her Body and Other Parties)

What listeners say about Luster

The story was often confronting and the protagonist’s life choices questionable, but this is an entertaining book. It deals with big issues in an understated and insightful way. Raven Leilani’s writing is superlative. A writer to look out for. Credit is also due to Ariel Blake for an authentic and captivating performance that never intrudes on the story.

This debut novel by Raven Leilani has been heavily hyped. It tells the story of a young black women called Edie who loves disco music and enters a strange relationship with an older married white man, with the permission of his wife. At times darkly comedic and at times excruciatingly cringeworthy, this is full on stuff with no holding back. Subjects such as race and class are tackled head on, but the strength of this story is the insight it gives into the complex lives of the characters who are believable and compelling. It is rampant and pithy stuff and I loved it.

Hard to pin down, a very modernistic-feeling tale.

Edie. Office worker. Twenty-three. No qualms about sleeping with men, pandering to their whims, searching for something that clicks. With dreams of focusing on her art.

This is her story, a relatively brief account of the months after she meets a man twice her age, married but openly so. We see a very honest Edie describe and live through the early stages of getting to know Eric, before she unexpectedly becomes more entangled with his family.

Leilani gives us a slightly dark peek at the contemporary world of young women, single and unafraid, open to new experiences and searching for that direction that offers them future happiness. And an escape from boredom and mundanity.

The characters aren't wholly likeable, I found it difficult to watch Edie acquiescing to the demands of various men, not exactly submissively but not from a position of power either.

Such an unusual spin on the theme of affairs, of entanglements and wives and marriages. It's a story set in our time, of our time. Eric pales in comparison to his wife as a character of interest - how she interacts with Edie is much more interesting in my opinion.

This isn't a long book, it's a fairly slow story where a lot is thought and explored. It might make readers uncomfortable but it did feel like a hidden story from the world we inhabit that is probably going on under our noses. Is this really what life for the young is?

I don't know how I feel about that. Is it a freer life? A more joyless one?

It makes a wonderful audiobook, the intense closeness of some of the scenes narrated for us by Edie as we listen along, the first person immediacy only increasing some of the dark tension. It is an uncomplicated Audible choice, one with a straight structure that won't confuse.

This will repeat on you, Edie and her life, her choices, the strange situation she finds herself in. One for discussion and consideration.

Leilani's perceptive acuity and linguistic exactitude dissects as she creates, each scene rich with revelation.

looked promising but got bored and didn't like end

enjoyable but not bowled over

perhaps I've read too many books with lackadaisical protagonists recently so found this a little bit tiresome. I can definitely connect with that feeling as a similar age to the character; the jadedness of millennials is a bit too on the nose. I'd still recommend reading it, some beautiful and haunting descriptions

the way raven uses words is so captivating you are taken on a beautiful journey. having now finished the book I feel empty!

Really well written, really well narrated but just not a story for me. Started strong but as the plot went on, it lost me.

only negative the changes in who was reading the book was off putting at sometime.

It’s fine for a protagonist to be depressed and morally questionable but there wasn’t any apparent self awareness. The protagonist’s morbid perspective was never juxtaposed, only ever validated - for this reason, despite the eloquence and brilliant creativity of the prose, the writing was lazy in a sense.
This might’ve been excused but there were too many wildly unrealistic plot developments driving the story.
Nail in the coffin is that every character besides the protagonist is just too flat.

Enjoyed this more than I thought, I didn't find it as depressing as other reviews made out. An examination of relationships, race, class and sex that flowed well and kept me listening.

I could be picky about some plot events, but why bother, when the writing is just so honest and witty and beautiful. I had a couple of laught out loud moments, but many more wow moments at the brilliant observations and revelations. Young female writers are really kicking arse these days.

I loved everything about this book. The author’s use of language was casual, but simultaneously delicious. The narration was so easy to listen to. Terrific!

I adored this writing, the writer and the story most thoroughly.
It felt like a warm indulgence
Have recommended it over a hundred times

Some inconsistencies with audio but such a gorgeously written story. Despite unlikable protagonist, I could not get enough.

I loved this story and the narration. The story is raw and compelling. Worth coming back to.