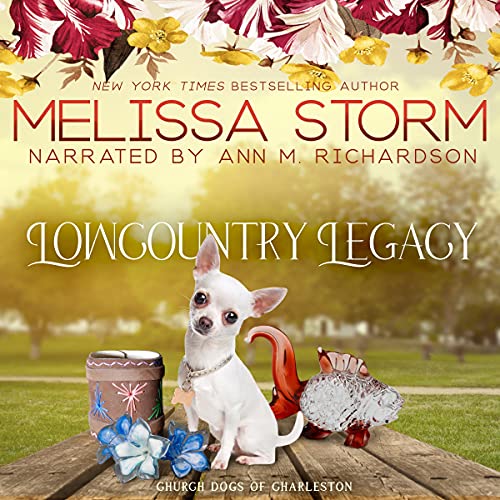 By: Melissa Storm
Narrated by: Ann M. Richardson
Try for $0.00

Carolina Brown couldn’t be more different than her mama if she tried - and truthfully most of us believe she worked hard at precisely that. She worked hard at everything else, too, and set off to college to accomplish big things in the wide world. Unfortunately, God called her right back to Charleston when her mama suffered a near fatal accident that left her requiring round the clock care.

Now that poor young woman reckons her ambitions have reached a dead end. I say it’s just a sudden turn toward a new destination she can’t quite see yet. If Carolina is ever going to believe in herself enough to reach for happiness a second time, she’s going to need some outside encouragement.

I do believe Cupcake is the perfect Church Dog for the job. Now I’m sure you’re wondering, can one little Chihuahua fix two broken lives? Stick around, and see for yourself.

Lowcountry Legacy is a touching and poignant story from a New York Times best-selling author that will warm your heart, bless your soul, and leave you smiling.

What listeners say about Lowcountry Legacy