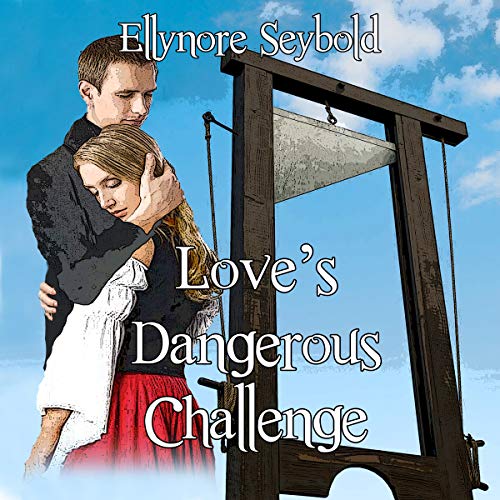 By: Ellynore Seybold
Narrated by: Samantha Fell
Try for $0.00

During the Reign of Terror in France in the late 1700s, the common people amused themselves by watching the heads of the nobility roll, severed by the guillotine. When Eduard Saulnier falls in love with Countess Annise de Brisson in 1793, he fears that, as a commoner, he will never be allowed to court her. But Annise is staying with her aunt because her parents have been sized by the revolutionaries and condemned to die by the guillotine. Eduard approaches the old lady for permission to court Annise, knowing his chances are slim. However, he is totally unprepared for the old countess’s answer - yes, he may court and marry Annise, after he gets her parents out of prison…any way he can.

I found this book to be engaging and a good read. Both the writer and the reader have done a good job. Kuddos to them! I was given this free review copy at my request and voluntarily left this review.

Romance during the French Revolution

Love during the French Revolution isn't a subject often found in books these days. I thought the story itself was good, but the narration was a bit fast paced for me. Especially with the French words throughout the story and the bit of an accent that the narrator had it took a lot of concentration to follow the story.

I was given this free review copy at my request and voluntarily left this review.

Ms Seybold has brought the French Revolution to life with this well researched and brilliantly written short story. The story moves along at a good pace and the plot is timeless, would you risk your life to save loved ones.
Not my usual genre choice of book but I thoroughly enjoyed this one.

This book tells the story of love, courage and sacrifices. It is historical, which allows the readers to learn while enjoying a nicely-written love story. The one thing that I really liked about the story is that it gave focus on the importance of family. It makes one realize that if you have a family that supports and loves you, you can face the worse challenges (even death). We all want to end up with someone who would not just love us, but also would protect us and risk his lfe for us, right? The hero of this book is that someone! He went to do an impossible task and ended up with the girl of his dreams. A truly romantic tale. Finally, the author was able to convey that forgiveness is the key to happiness. The narration was good.