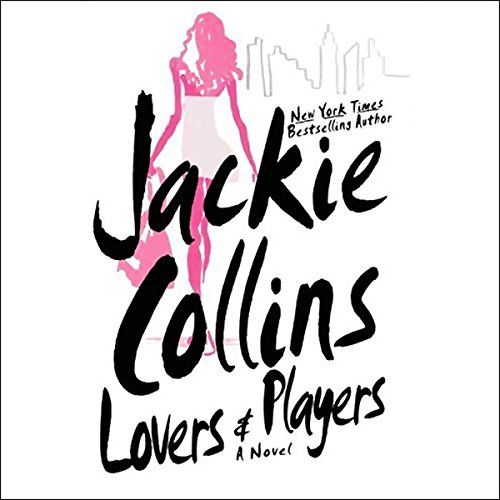 Jackie Collins is back in her most deliciously scandalous novel yet. And she's giving her readers a revealing look into the private realms of her fabulously rich and sexy cast of characters.

In Lovers and Players, the Diamond family's power extends from coast to coast. Max, a real estate tycoon; Chris, a Hollywood lawyer; and Jett, a young, handsome ex-druggie, now a successful model in Italy, must finally come face to face with their tyrannical father, Red, who has been controlling their world for as long as they can remember.

Working as Red's housekeeper is Diahann, a beautiful black ex-singer. Her stunning bi-racial 19-year-old daughter, Liberty, a waitress who is a would-be singer herself, does not approve of her mother working as a housekeeper. Liberty has dreams of her own and while she pursues them, Damon P. Donnell, married hip-hop mogul supreme, pursues her.

Amy Scott-Simon, a beguilingly pretty young New York heiress, is engaged to marry Max Diamond. At her bachelorette party she runs into Jett, Max's younger brother. Jet has no idea who Amy is. She also doesn't realize who he is. A one-night fling leads to major complications.

As the lives of these characters intertwine, power, money, fame and love are the ties that bind, emotionally and otherwise, in this highly charged love story about family relationships and deadly choices.

What listeners say about Lovers and Players

Jackie Collins has done it again! This new book was awesome. It had all of the classic things you look for in a Collins novel: sex, scandals and of course Hollywood Players! Excellent - I love this book!!

My first JC audiobook. All her prior books I read in paperback. I liked the narration and story. Kept my interest throughout!!

Lots of characters to keep up with, but once you have them down packed it will all make sense. GREAT story