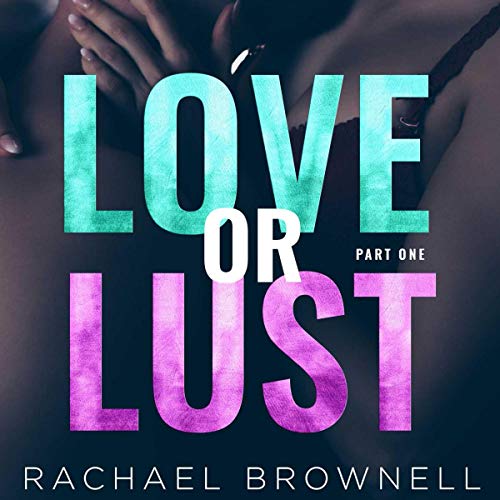 Love or Lust: Part One

By: Rachael Brownell
Narrated by: Leanne Woodward
Try for $0.00

With the world watching, and hearts on the line, who will win at the game of love?

Twelve newly single contestants, each hoping to make it to the final prize.

The cameras miss nothing. Every friendship made, every rivalry formed, every dalliance between the sheets; the entire world watches with vested interest. At the end of each week, two people are sent home. In order to stay in the competition as long as possible, contestants are willing to do whatever it takes...including turning on one another.

Can genuine love be found in the reality show bubble? Or are the relationships being formed doomed to fail? Follow from breakup to hookup and see if the final prize will be love...or lust?

What listeners say about Love or Lust: Part One

NOLA504NERDS
What do you do when your ex cheats on you? You get drunk with your bestie and let her sign you up for a reality TV show! 6 guys and 6 girls compete for money and love in this hilarious new romance trilogy from Rachael Brownell.

“The Bachelor meets Survivor meets Big Brother… With the world watching, and hearts on the line, who will win at the game of love? Can genuine love be found in the reality show bubble? Or are the relationships being formed doomed to fail? Follow from breakup to hookup and see if the final prize will be love... or lust?”

This book was so fun and original! I loved every moment of it. Rachael’s writing style is fun, engaging, and intriguing. She got me invested in the characters right from the start. Narrator Leanne Woodward was absolutely amazing. She did a great job portraying Presley and the other contestants. She flawlessly switched between characters, which you could easily distinguish between. Her flow, tone and pacing were spot on. Leanne made this story even more exciting. It’s hard to write a review for this without giving too much away. Especially when it is part 1 of a trilogy. But trust me, you need this story in your life! **impatiently awaiting the next 2 audiobooks**

Thank you to #auralfixation, the author, and the narrator for gifting me this awesome audiobook in exchange for an honest review.

Love or Lust: Part One is a entertaining listen. I'm a huge fan of The Bachelor and used to watch Big Brother so I was excited to listen to smash-up mix with its own twist. I love the behind the scenes and glimpse into reality tv that the author puts her own spin on. It isn't over yet with unanswered questions, it does end with a cliffhanger and now we wait.

Narrator Leanne Woodward's exemplary performance gave each character a unique voice. A multicast of characters performed by one talented artist. Her inflection reflected the characters emotions.

Can’t wait to listen to more of this story. Narrator was amazing with each character.

Love, Lust, or Something Else

A reality show to find love. I love these type of stories. It gives you a behind the scenes look and a glimpse inside the heads of those that are on these shows. I don’t believe any of it is real, but it sure makes for a great story! I’m off to find part 2 and keep going.

A great start to a new series.

Hard up and needing a distraction from her rubbish ex-boyfriend, Presley is talked into applying to take part in a reality TV programme...and is accepted. Weeks in the sun with hunky men and other beautiful women...tasks, cocktails, Jase and Lennon, and uppity presenters, all come together to create a fun listen, very well narrated by Leanne Woodward. I am looking forward to what happens next and definitely rooting for Presley! 💖💖💖💖

If you need something fun and entertaining, look no further! Rachael Brownell gives a new twist to reality television with Love or Lust! 12 characters, each completely different personalities come together to see if they will hook up for love or lust! Presley is our main focus and there are several men she is interested in. The two feed her confidence, but she is unsure of who to pick as they each appeal to her for different reasons. Will she give into love or lust? What I love about her is that she knows who she is and isn't willing to change for the show. The story has interesting characters, from the nerdy to the jerks and give us all angles of who they are. So much fun to see how they all react to situations. But get ready, the ride isn't over yet. Left with a cliffhanger, get ready for book 2!

Leanne Woodward gives a fabulous performance of this character filled adventure! Her talent allows unique voices for all the contestants, plus the ancillary characters. I enjoyed her portrayal of each, giving them the emotions to create their personalities. I can't wait for the next in the series to see where it all leads!