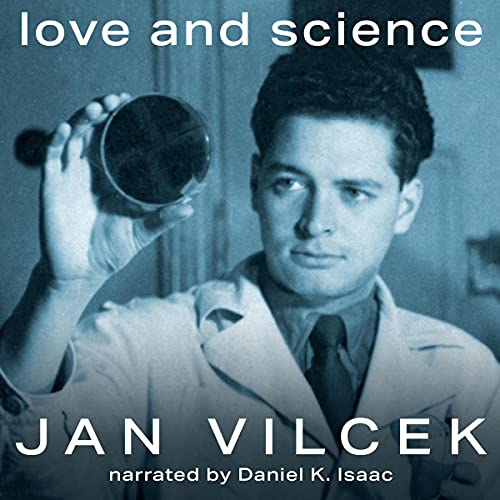 Long before he became one of the world's most celebrated immunologists, Jan Vilcek began life in Slovakia as the child of Jewish parents at a time when Jews were being exterminated all across Europe. He owes his and his mother’s survival to the courage of brave people and good luck.

As a young man growing up in Czechoslovakia in the aftermath of the Second World War, Vilcek went to medical school and chose a career in virology and immunology at a time when these fields were still in their infancy. While still in his 20s, he published a paper in the prestigious journal Nature, and he hosted the first international conference on interferon.

Fleeing Communist Czechoslovakia with his wife Marica, Vilcek continued his research at NYU School of Medicine, going on to establish a highly successful career in biomedical research and creating one of the most important and trailblazing medicines of our age.

What listeners say about Love and Science