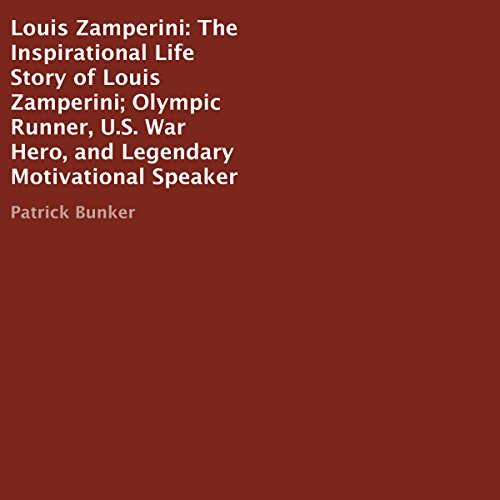 By: Patrick Bunker
Narrated by: Charles Craig
Try for $0.00

The Olympic Runner, US War Hero, and Legendary Motivational Speaker

Louis Zamperini was a WWII prisoner of war. He was an athlete in the Olympics. He was a writer, a motivational speaker, and a survivor. He was also a husband and a father. This man lived a full life, with all that anyone could desire - action, adventure, love, adoration, and, most importantly, purpose. He travelled the globe and received a multitude of awards. He was also a son. Who was this man, you may ask? Who was he to so many others? Louis Zamperini was more than "just a man". He was a "man's man", so to speak, yet tender enough to be a devoted husband. The only thing he cheated was death. Here is a preview of what you'll learn:

What listeners say about Louis Zamperini: The Inspirational Life Story