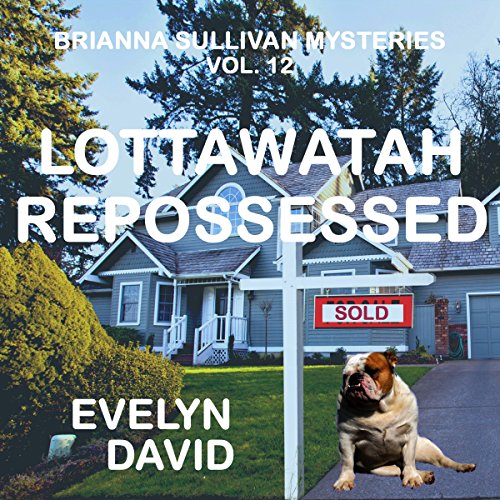 By: Evelyn David
Narrated by: Lisa Kelly
Try for $0.00

Home sweet home turns deadly when the ghost of a murder victim takes up residence in the house psychic Brianna Sullivan and her fiancé, Cooper Jackson, have just purchased. Up to their eyeballs in mortgage debt, the last thing they need is an unwanted permanent visitor who doesn't pay rent. But the specter refuses to move toward the light unless Brianna can solve his murder. It would help if she even knew the ghost's identity, but that proves more complicated than she ever imagined.

At the same time, Police Chief Cooper has the entire department searching for the young teenage son of Reverend Saunders, a man who insists that Brianna is the devil's disciple. Is there a connection between the missing teen and an anonymous ghost who refuses to reveal his name?

As Brianna gets closer to figuring out who is behind the murder, a life-altering accident upends all previous theories. With Cooper in the hospital, it's up to the reluctant psychic to stop a determined killer before more blood is shed on her new bedroom carpet.

Join Brianna, Cooper, bulldog Leon, and all the gang in Lottawatah for a roller-coaster ride through home ownership, love, wedding planning (think hoop-skirted bridesmaids), and the effects of too many sausage links on the cutest bulldog with the wonkiest digestive tract in the state of Oklahoma.

What listeners say about Lottawatah Repossessed