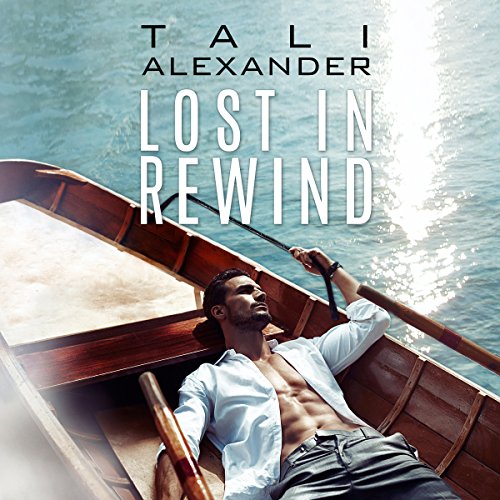 Jeffery Rossi wants to be a man of logic but finds himself basing his life's decisions on a prophecy delivered at the hands of an old gypsy fortuneteller. The death of his beloved wife coupled with the loss of what he thought would be his carefully crafted future, have spun him onto a path of self-destruction.

"Three children will come from you - a king and two queens."

Jeff believed he knew how his future would unravel, but he's about to get a lesson in how the Universe works. Fate should not be left to the interpretation of mere mortals. Interfere and suffer, surrender...and let the fates help you find your destiny.

"No matter what you do, no matter how far away you run, what's written in the stars cannot be undone."

All books in the series are interconnected, but each may be listened to as a standalone.

" Lost in Rewind is an intense, mystical tale of love, fate and redemption" ( Daily News)

What listeners say about Lost in Rewind

A good cry, an Epic romance! Loved It!

This book had me at the first few paragraphs. The main characters are very well entwined... Jeffrey's life is one tragedy to the next. You can't help but feel for the guy.

Jeff loves two women, and has been told by a fortune teller, that there will be a woman who will "heal him". Jeff makes an assumption that he knows who this woman is and it's just a matter of time and all will be right in his world... he is very mistaken.

I love the way this book is written. It flows easily and right when you think you've figured out how things will turn out, another twist comes into play.

The conclusion puts everything together and you'll have resolution by the end of the book.

The narrators are three of my favorites, and they do such a good job of putting you right in the story, you feel as if you are watching everything unfold. I loved their performance!

I'm giving this book 5 stars all the way! You get a great love story, humor, sadness, anger, some sex (not much), and an ending that doesn't leave you hanging. I highly recommend this for a great listen/read.

This was such a great listen I was hooked from the start!. The characters are so well developed and the story line it's self is just so WOW! The love, the hurt, the mistakes, the sacrifices all of the emotions you can think of are in this book and the way it all came together was just amazing.
So worth the credit and listen!
The narrators were exceptional!

This was a great wrap up to the series. I loved Jeff’s story. Great narration. I loved the reading for the whole series because it was read in each characters voices.

Fantastic Narration but don’t let the voice trick you

....like it did me. I’m a little peeved. I feel lied to . Purposefully misled from chapter 1 with the wrong voice!! and not the ending I wanted at all so I’m feeling a bit like a brat who didn’t get her way right now having just finished this series. I figured out the ending about 2/3 through and basically just kept going (cursing and annoyed- like I said being a brat) So that I could write this review. I wish I had stopped at book 2. Overall I gave this book 3 stars because while the sometimes I say it on French and sometimes I say the same word in English thing was a bit annoying , the dual narration was awesome! Needed more Erin because I just love her voice but otherwise perfect.