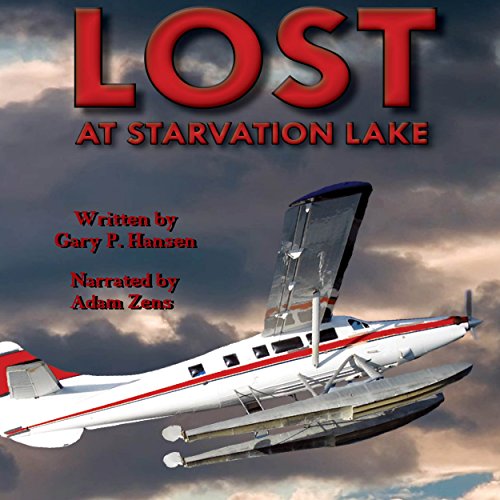 Mainly set in remote and isolated northern Canada, this wilderness adventure is a stand alone book. However, it is also a sequel to the top selling novel Survival at Starvation Lake and takes up where the first book left off.

Susan, a 24 year old widow and single mother, was facing a big financial problem. She had been on her own since her husband lost his life five years ago, only months after her father died. Susan had spent her whole life in the Canadian bush but the local saw mill had closed. The saw mill's closing caused the local school to close for lack of students. That meant Susan would lose custody of her daughter Lilly if they didn't move to somewhere Lilly could attend school. Susan thought her only hope to find a job in the middle of a major economic recession was to move to Sault Ste. Marie. She didn't know anyone there and lacked the finances for the move. Susan knew she would feel out of place in the big city and didn't want to move. The move seemed like her only option, until a mysterious stranger left her a large financial gift which meant a job wouldn't be essential. This would allow her to move to the much smaller town of Wawa.

The stranger left a note and a very large check, then disappeared. From the note, it was obvious the woman knew a lot about Susan and Lilly but Susan couldn't understand how. The lady had signed the note Sally Sinhuna but name wasn't familiar to Susan or anyone she asked.

Months later the lives of this stranger and Susan were destined to become entwined.

What listeners say about Lost at Starvation Lake

Another Excellent Book by Gary Hansen.

What made the experience of listening to Lost at Starvation Lake the most enjoyable?

This book takes on real life issues with a Christian worldview. It deals with past abortion, health issues, infertility, adoption, and dealing with meddling and corrupt bureaucratic agencies. The plot is realistic and edifying. The narrator does a great job. Sound quality is good.

What was one of the most memorable moments of Lost at Starvation Lake?

Spoiler alert: The most memorable scene is a tough choice in such a great story. It would have to be when Sally finds the Inuit girl, when they find her brother, when the grandma gives Paul and Sally her blessing to care for her grandchildren, the social worker's visit or escaping from the social worker. These scenes are all memorable and exciting. Hansen is good at creating suspense. Hansen's style is similar to Tom Clancy (a clean and Christian version) in that it has defined good and evil characters and it fast paced and exciting. Being that this book takes place in rural Canada, this book is like a cross between a Tom Clancy novel and Little House on the Prairie.

Spoiler Alert: My favorite scene was when Sally sicced her lawyer on Canadian Social Services. Those scenes were very humorous and emotionally satisfying.

God's Provision Has a New Look or When God Redefines Your Family.

This is a great book for the whole family and an excellent sequel to the first book, Survival at Starvation Lake. I am not sure which book is better. I am looking forward to more books in this series.

Worst narration I have heard.

I liked the quotable book but the audio was some of the most mechanical readings I have heard.