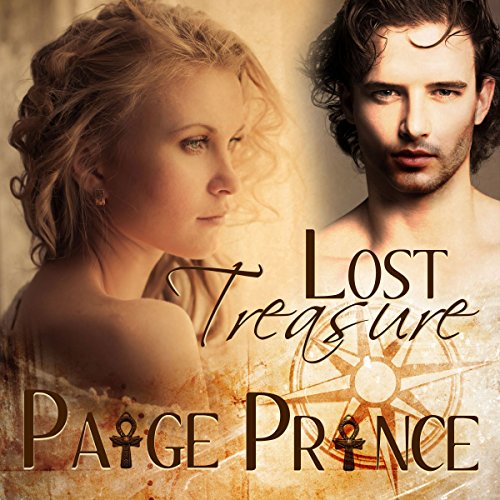 Danielle Almasi-Epperson's parents were killed in a tragic car accident when she was eight years old, leaving her world famous Egyptologist grandfather to raise her in their stead. While she had the pleasure of growing up on archaeological digs, he never believed that the field was a woman's place. All she's ever dreamed of is adventure and the kind of love her parents shared.

Jareth Riley was the boy in the tent next door to Danielle's at every dig she could remember while growing up. Her grandfather and his father labeled him a troublemaker from day one. So, when Danielle and Jareth fall in love and lose their virginity to each other, it takes no time at all for her grandfather to ship her off to Harvard.

Ten years later, she's working as a curator at a museum and he's a treasure hunter. When he shows up on her doorstep asking for help to find a lost artifact with supposed mystical powers, she can't help but say yes. In no time at all, they're on the run from mad men with guns and rekindling the romance that had never quite died. Will they be able to restore the lost treasure to the rightful owners, or will they destroy their chance at happiness or lose their lives in the attempt?

i couldnt stop listening to this its amazing. i didnt mind the sex parts but dam this audio book is so good

I love the cover. I love the story of Danielle and Jareth. They are great together. The prologue was stunning! The story is filled with heartbreaking and heartwarming moments, and steamy scenes. The narration is great, as always with Victoria Mei. She has a beautiful voice (both female and male's voice!). I received this free review copy audiobook at my request and I have voluntarily left this review.

THe story was ok, narration az bit rough. It just got too steamy for me. Wasn't looking for sex

Whilst the writing isn't the sharpest, and it would have benefited from a male narrator for alternating chapters, this is still a fun, lightweight story about rediscovering first love with just enough peril and adventure to keep it moving along.

The narrator, Victoria Mei, does her best to bring it to life but doesn't have the depth required to do the male chapters justice. I liked her voice for Dani, though, and think she'd have been great as part of a duet version of this story. (Though I'm not sure I can forgive her for missing a Buffy reference and pronouncing Rupert Giles' name with a hard 'g'. Someone send the woman a box-set!)

Lost Treasure is a beautifully written second chance romance. The Egyptology and treasure hunting aspects of the storyline are utterly fascinating and entertaining. The main characters Danielle and Jareth, are intriguing; I relished their interactions and delighted in their story. The narration by Victoria Mei is fabulous. She has a pleasant, smooth voice, and ideal for this book.
I was given a free copy of this audiobook at my request and have voluntarily left this unbiased review.

'Lost Treasure' is a lovely, romantic story of second chance love and a riveting read of high adventure set in the world of Egyptology and stolen artefacts. I loved every minute of it. The narrator, Victoria Mei, does and excellent job and I wouldn't hesitate to listen to more of her work.

The story really brings you on a roller coaster ride of emotions as it starts off with a glimpse into Danielle's tragic childhood and her life as a teen under the controlling but loving hand of her grandfather. We are catapulted to the present day where Jareth and Danielle find themselves teaming up to find a stolen artefact and rekindling their romance along the way.

I very much enjoyed reading about their growing up together on archaeological digs and how they fell in love as teens.

The suspense and plot around the stolen artefact was secondary to the couple's history and romance but I was glued to the story nevertheless. I would have liked a more drawn out adventure simply because I wasn't ready for the story to end. Jareth has been up to a lot in ten years. He mentioned having spent time with NSA agents. He seemed to be a guy who could have a few surprises up his sleeve and I would have liked to have heard more about those missing ten years.


Lost Treasure would make a great series and one that I would definitely follow if it developed.