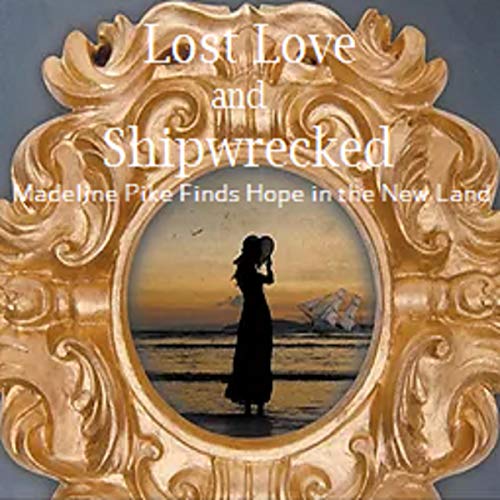 In 1635, Madeline Pike, along with nearly 30 other passengers, set sail from King's Road, Bristol, England, for New England aboard the Angel Gabriel, but just as the final leg of her journey was in sight, the ship surrendered to a fierce hurricane. Madeline was thrust into a violent ocean amidst powerful winds and rough waves as the ship sank out of sight. Just as she is about to give up hope, a handsome young man comes to her rescue.

While Madeline and her rescuer attempt to deny the feelings that are developing between them, an indomitable villain, who lets nothing stand in the way of getting what he wants, decides he wants Madeline for his wife. Who will win her heart?

Listen to Lost Love and Shipwrecked, and journey back to the 17th century, a period when life and love reflected our nation's godly heritage. Be inspired to see how, through every trial or decision Madeline faces, her faith in God remains unshakable.

Lost Love and Shipwrecked: Madeline Pike Finds Hope in the New Land is the first in the series Unshakable Faith:

What listeners say about Lost Love and Shipwrecked: Madeline Pike Finds Hope in the New Land