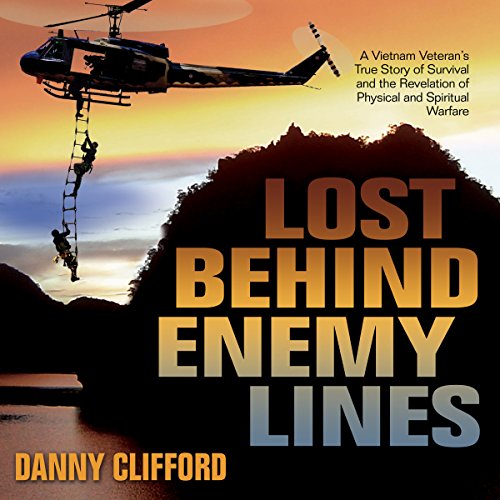 Almost all of us know someone who had been deployed to Vietnam. But most of the veterans don't want to talk about their Vietnam experiences. So, for me, this is the first realistic, packed-with-details account of what daily life was like in Vietnam that I've ever heard. You will enjoy Lost Behind Enemy Lines: A Vietnam Veteran's True Story of Survival and the Revelation of Physical and Spiritual Warfare, a firsthand description of the reality of being in the "infantry boots on the ground" of Danny Clifford, a US Army Ranger Team Leader in Vietnam, on a mission behind enemy lines. Danny Clifford's account of despair turning to hope and ending in a miraculous rescue from a large enemy force in Vietnam will be seen as a parallel to what a Christian experiences when their life is changed and saved by an act of God. In the second half of the book, Clifford paints an explicit picture of the parallels between Earthly military combat and the spiritual battle for their soul that human beings endure every single day of their lives. It's not difficult to imagine Clifford's Ranger Team's extraction by helicopter, with the rescued soldiers hanging on to a rope ladder for dear life far, far above the ground, as the battlefield equivalent of The Rapture - not to mention the vision of Jacob's Ladder.