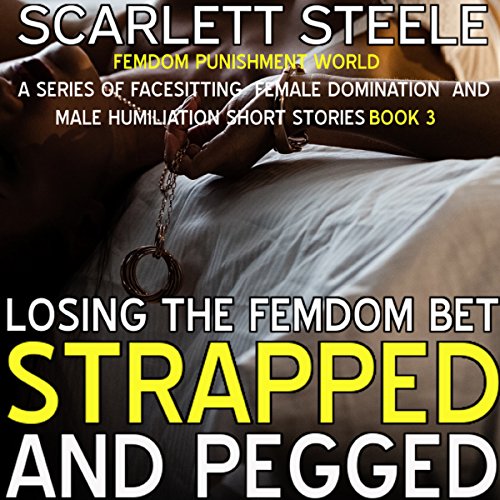 By: Scarlett Steele
Narrated by: Ruby Rivers
Try for $0.00

Surrendering his untouched back door in a lost bet!

Brad is one of the boys in every possible way. Like his friends, he is tall, built like a footballer - actually he played football in college along with his buddies, and they looked like they still played - and he has his fair share of tattoos. They all look like they were carved from the same tree trunk, and they all looked like rugged, brutish tree trunks.

On a regular night out, they meet a few women, attractive in every sense, especially one of them, Stephanie. Her ass is the kind of booty that makes men sacrifice their mothers, and Brad calls dibs. After a night of playful flirting, he eventually succeeds in getting her to go home with him. She grabs her bag, and they make their way to his apartment, Brad thinking of the delicious ass he is about to devour, Stephanie with a whole other plan.

His references to her ass all night got Stephanie’s wheels turning, and she decided on a little wager.

Beneath her submissive, demure exterior lay a dominant vixen, and it was too late when Brad finally realized this. But the game was already in play, and Brad had lost the bet.

So now, with the tables turned, he had to be the one to surrender....