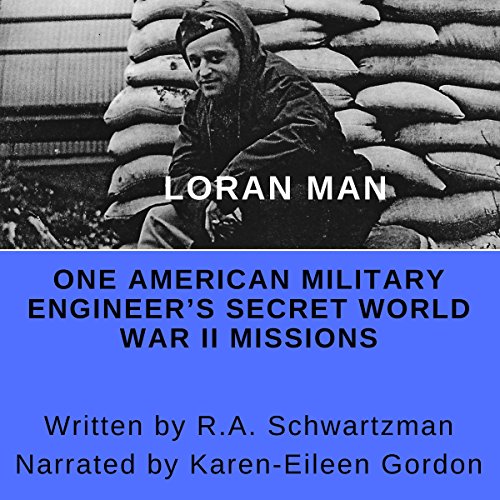 By: R. A. Schwartzman
Narrated by: Karen-Eileen Gordon
Try for $0.00

In 1939, just prior to the start of World War II, the US Lighthouse Service was merged with the United States Coast Guard. After the start of the war, a small group of former lighthouse engineers were instrumental in completing a Top Secret mission to develop, along with M.I.T's Radiation Lab, a brand new technology that would radically improve a ship or plane's ability to navigate with accuracy, called LORAN (Long Range Navigation). This technology is largely credited with turning the tides of battle, and helping secure an Allied victory.

This audiobook is a walk, with commentary, through the military records (from 1938 through 1965) of one of the main former-Lighthouse Service engineers involved, Captain Ellis S. Gordon, who was stationed in Alaska from 1943...and was instrumental in developing and activating Loran all over the map, and in particular in the Aleutians.