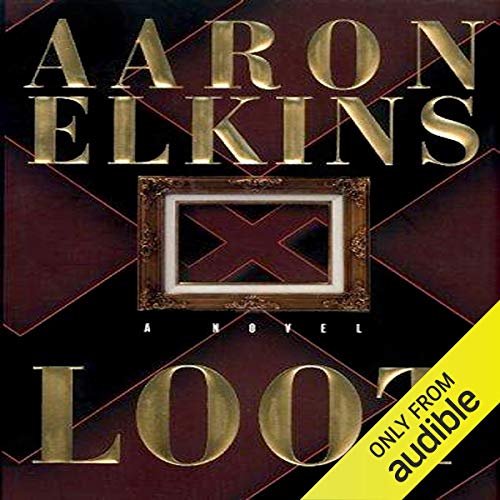 By: Aaron Elkins
Narrated by: David Stifel
Try for $0.00

In April 1945, The Nazis, reeling and near defeat, frantically work to hide the huge store of art treasures that Hitler has looted from Europe. Truck convoys loaded with the cultural wealth of the Western world pour in an unending stream into the compound of the vast Altaussee salt mine high in the Austrian Alps. But with the Allies closing in, the vaunted efficiency of the Nazis has broken down. At Altaussee, all is tumult and confusion. In the commotion a single truck, its driver, and its priceless load of masterpieces vanish into a mountain snowstorm. Half-a-century later, in a seedy Boston pawnshop, ex-curator Ben Revere makes a stunning discovery among the piles of junk: A Velazquez from the legendary Lost Truck. But with it come decades of secrets, rancor, and lies, and the few who know of the painting's existence have their lives snuffed out one by one by an unknown assassin. Revere must travel back to the grand cities of Europe to unravel the tangled history of the lost truck and its treasures before fifty years of hatred, greed, and retribution catch up with him.

What listeners say about Loot

I like Elkins Christopher Norgren series so I should have liked this one. Unfortunately Benjamin the protagonists runs around surly without cause. The narration does not do the book any favors. Narrator shouldn’t ever attempt to do voices for women’s characters.

if you want to get a taste of world war II, the suffering, the aftermath and the lingering anger, this book is for you. the art history is the glue that holds the story together but actually there's not much about art it's more about the loot and the fate of it and the owners.

personally I think the main character is way too argumentative. everywhere he goes there's an argument waiting for him. but the plot holds together. it takes you through the history and through the landscape. the author has a wonderful way of conveying the sights and sounds and smells of different locales. lots of vignettes of local people.

This book is historically interesting and overall entertaining.
Although the narrator’s grinding voice distracts from the story, and the accents of characters are horrible beyond belief, the audiobook itself is worth the listen.

good story;terrible reader with awful
accents. kept listening only because it was a good story.

The story was mediocre at best, but not the worst part. the narrator was horrible. his voice was flat and monotone, the cadence was awkward and odd and his accents were horrible.

A stand alone masterpiece by Elkins

Having been a fan of Aaron Elkins and his work for some time, I was delighted to run across this stand alone novel. well crafted and with a protagonist of the Elkins tradition, (Brains over brawn) I was not disappointed! bravo!

I enjoyed this story immensely! Very unique and entirely plausible to me. Definitely recommend to those readers who wish to expand their knowledge of classic fine art, European destinations not overly mentioned in books, and just the right amount of Holocaust references to remind us not to forget, without making the story depressing. The narrator did an excellent job of bringing the unique cast of characters to life! A hidden gem I hope more readers discover!