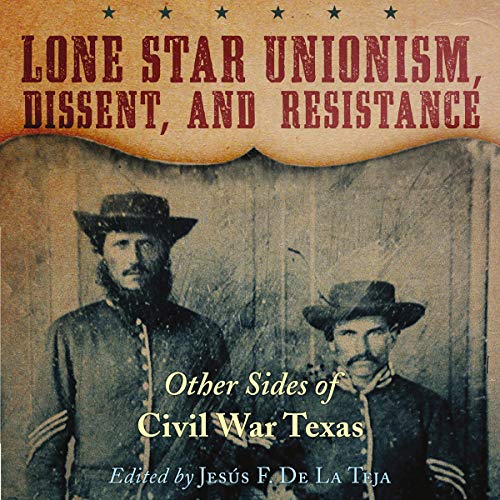 Most histories of Civil War Texas - some starring the fabled Hood’s Brigade, Terry’s Texas Rangers, or one or another military figure - depict the Lone Star State as having joined the Confederacy as a matter of course and as having later emerged from the war relatively unscathed. Yet as the contributors to this volume amply demonstrate, the often neglected stories of Texas Unionists and dissenters paint a far more complicated picture. Ranging in time from the late 1850s to the end of Reconstruction, Lone Star Unionism, Dissent, and Resistance restores a missing layer of complexity to the history of Civil War Texas.

The authors - all noted scholars of Texas and Civil War history - show that slaves, freedmen and freedwomen, Tejanos, German immigrants, and white women all took part in the struggle, even though some never found themselves on a battlefield. Their stories depict the Civil War as a conflict not only between North and South but also between neighbors, friends, and family members. By framing their stories in the analytical context of the “long Civil War”, Lone Star Unionism, Dissent, and Resistance reveals how friends and neighbors became enemies and how the resulting violence, often at the hands of secessionists, crossed racial and ethnic lines.

“This collection shines a bright spotlight on the topic.... All serious students of Texas history will want a copy.” (Light Townsend Cummins, former Texas State Historian)

What listeners say about Lone Star Unionism, Dissent, and Resistance

de la Teja's book is excellent, but the reader's pronounciation of many words and names used in Texas is appalling.