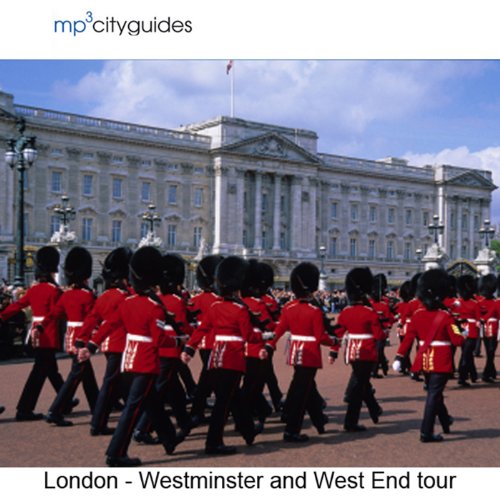 For over 2,000 years, London has been a centre of trade and politics - and a font of new ideas and trends in architecture, fashion and the arts. Our guide starts with the great Palace of Westminster, where we explain what happened on the fateful night of 16th October 1834 - and how it affected the magnificent building we see today.

We'll talk about Westminster Abbey and its thousand-year-old history before we walk up Whitehall. We'll then name the dodgy character who built 10 Downing Street before visiting the little known official centre of London. Listeners can hear of Hitler's plans for Nelson's Column and then learn about the history of Buckingham Palace and The Mall, complete with their brothel and leper colony.

After a visit to the monarchy's frequently overlooked "Senior Palace" we'll stroll along Piccadilly and explain where its name comes from. At Piccadilly Circus we'll reveal the official title of Eros and explain why Regent Street is so-called - as well as the real reason for its construction.

Finally, we'll arrive at the shops and cafés of Covent Garden, where we'll discuss why this part of London has a "piazza" and reveal which famous character from stage and screen was inspired by a regular of that piazza.