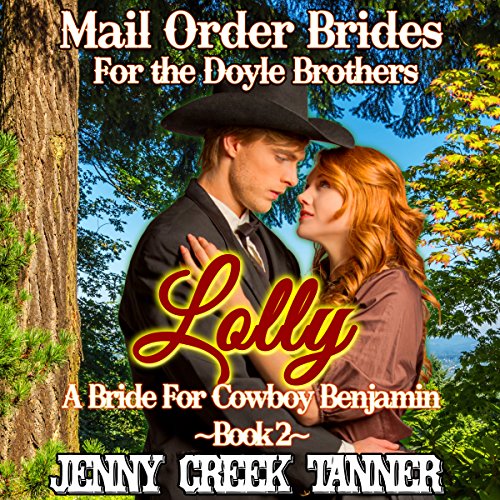 Lolly: A Bride for Cowboy Benjamin

Lolly: A Bride for Cowboy Benjamin

It's February, 1881 and the letter Lolly Wallace has been expecting from Benjamin Doyle never arrives. In this endearing Christian Western Romance series, three courageous and God-fearing women overcome their desperate circumstances and risk everything to find true love with the three rugged Doyle brothers, who call the Ruby River Ranch in Montana Territory their home.

Each day that the postman arrives without any letters from Benjamin, Lolly feels the chance for marriage and a life out west slowly disappear. She knows that the young man she's been writing is a good and decent man, but she should have heard something from him by now.

Many miles away, Benjamin hopes to hear back from the young woman he's come to love through the letters they've written each other. But too many days have passed since his last letter proposing marriage, and with each day he is faced with the realization that Lolly has not accepted his proposal and that he must move on.

Will Lolly resign herself to staying home and abandoning her dream, or will she take matters into her own hands?

Will Benjamin decide to court another young woman that he has also been corresponding with?

What listeners say about Lolly: A Bride for Cowboy Benjamin