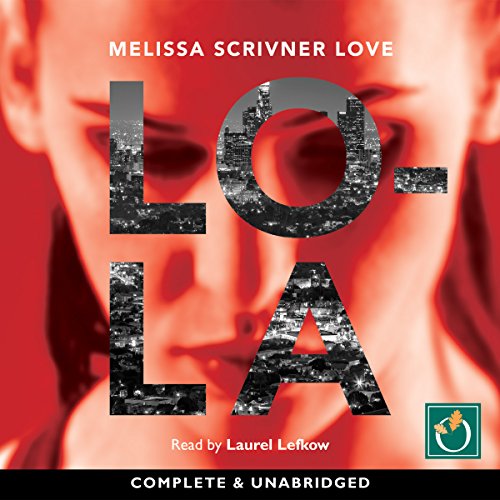 By: Melissa Scrivner Love
Narrated by: Laurel Lefkow
Try for $0.00

The Crenshaw Six are an up-and-coming gang in South Central LA who have recently been drawn into a war between rival drug cartels. To outsiders they appear to be led by a man named Garcia...but the gang's real leader (and secret weapon) is Garcia's girlfriend, Lola.

Lola has mastered the role of submissive girlfriend, and in the man's world she inhabits, she is constantly underestimated. But she is smarter, tougher and more ruthless than any of the men around her, and the gang is sucked into a world of high stakes, betrayal and brutal violence. Her skills and leadership become the only hope of survival.

"One of the best written crime dramas to be published in quite some time." (Washington Post)

What listeners say about Lola