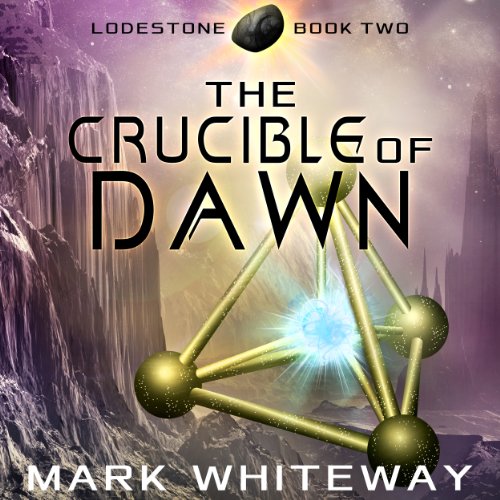 By: Mark Whiteway
Narrated by: Nathan William Heller
Try for $0.00

The multiple award-winning Lodestone series returns in an all-action third installment. Having finally secured the four components of Annata's ancient device, ten Kelanni, together with the enigmatic Chandara Boxx, set sail for the Island of Helice in order to neutralize the human weapon designed to eradicate the planet's indigenous life and to give them control over lodestone - the most powerful substance in the universe.

After fending off an attack from an immense sea creature, the party is attacked by human flying machines. Shann and Rael, two of the four component carriers, are lost somewhere on the island, their fate unknown. Will the Kelanni be able to reach the human weapon and disarm it? With time against them, they must battle to overcome internal conflicts and, along the way, uncover shocking new truths about themselves; about their enemies, the humans; and about the strange creature Boxx, whose ultimate purpose remains a mystery.