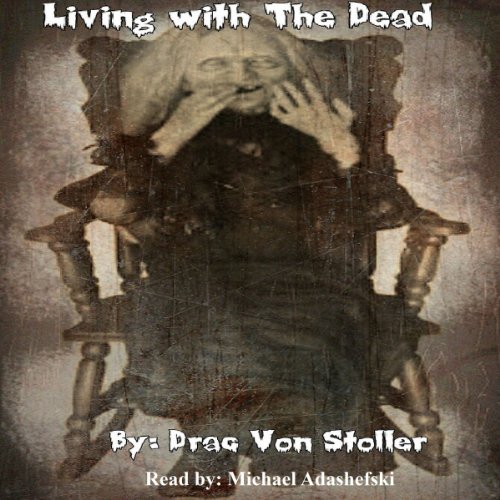 Living with The Dead

By: Drac Von Stoller
Narrated by: Michael Adashefski
Try for $0.00

Henry loved his family so much he just couldn't bear to put them in the cold ground when they died knowing that would be the last time he would ever get to see and feel their warm embrace. Henry never told his wife Jane his true feelings about if her or their kids passed on what would happen to them, so he kept his secret bottled up inside.

Years passed and one by one Henry's three children and wife died under mysterious circumstances. Being that it was so long ago there was no such thing as DNA testing or great medical advances that would put Henry under suspicion.

The period I'm talking about is the 15th century. Henry and his family lived in a Castle with over a thousand acres. If any tragedy were to happen at Henry's Castle it would take at least a week before a practicing physician could arrive by way of horse and carriage. It was evident that Henry was getting sicker and sicker as the days wore on, and he had no intentions of being the first to go and not see his dream come true. So, Henry decided he better act fast. Henry felt since his body was telling him he may not be around much longer he would prepare a meal and put arsenic in his family's food then he would be able to fulfill his sick fantasy.

What listeners say about Living with The Dead