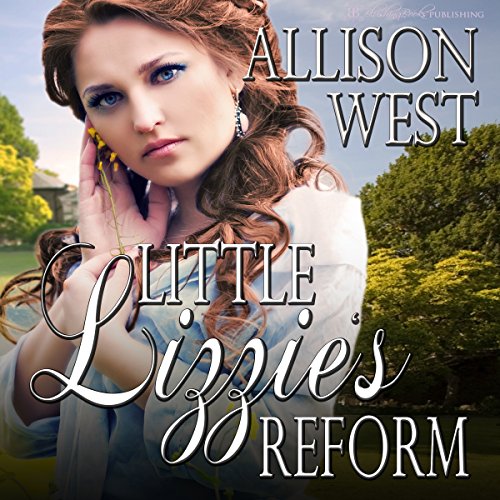 By: Allison West
Narrated by: Elliott Daniels
Try for $0.00

Thomas Montgomery seeks out troubled ladies that are in need of a strict and proper upbringing, encouraging them to join Alton Reform. Discovering Elizabeth Grey alone by the tavern at night, he insists he accompany her on the journey home to ensure she makes her return safely. It is her sharp tongue and fiery defiance that makes him desire her as his little Lizzie.

Without reservation, he suggests to her father that Elizabeth be sent away to Alton Reform, a school known for its strict disciplinary measures to create fine young ladies capable of obeying their husbands. Ladies that without such correction would wind up in an asylum for their tenacious and troublesome ways.

Unwed and with no prospects of marriage, Elizabeth is forced by her father to attend Alton Reform and be trained by her governess under the headmaster's guidance.

Elizabeth does not take well to Alton Reform's ways of discipline. Unpleased after a stern spanking to her bare bottom, Elizabeth runs away, only to be caught by Mr. Thomas Montgomery.

Will he force her to return to Alton Reform? Can Thomas show Elizabeth that love can be gained from discipline? How will she feel when he confesses his desire to make her his little Lizzie?

I originally inquired about this book because I'm really fond of the narrator, Elliott Daniels. It's remarkable how he gives the characters life with just his voice. I can accurately tell how they feel just by the pitch of his voice. I also found a new author to look into. While this storyline is considered taboo I thought it was well written and engrossing. To marry a man that wants your every need met. No cooking, cleaning, or working of any kind. Not even bathing or shaving yourself. You can drink wine and eat cookies. Oh the horror.. I'm certain a woman came up with this lifestyle. I'm surprised it hasn't become more common🤣 Regardless it's a fun listen for anyone who can enjoy a book as just entertainment and not make it the corruption of all those that behold it. Those that can't should skip it. I recieved this book at my request in exchange for my honest opinion.

Loved this book. Loved the Narrator. He was clear and bought the characters to life.
The story was really great. I loved the way Lizzie gave Thomas a run for his money. He was feisty and funny.

I have a new author in Allison West.